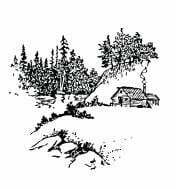 From the viewing field of those below age 50 this may seem like ancient history. In truth some may be. But the tale I will tell is family history. It is about the North America and about the USA , the land that then was free.

My paternal Grandfather’s ancestor arrived in North America in 1635 and 1666, so his family and ½ of mine isn’t a newcomer nor are we not familiar with hardships and hard work of life in building North America. Most of all the gift that 1776 gave us and is reduced today –we miss most, from the past, is true free speech. The laws of Canada and the USA follow each other closely—with Canada lagging a decade or 2.

In the 1890’s, as a teen Grandfather and another older French Canadian walked from St Barnabe, PQ,Ca to what is now northern Wisconsin, USA. Family lore says they founded a town, it’s name has long been forgotten. Grandad never went to school. Up to the 1920’s in the USA compulsory Education wasn’t required in all (then) 48 states. Education is wonderful, it is the one gift you give yourself that no one may take away. However, even some educated today don’t know that until 100 years ago or less—there were many Americans, of all races and religions that never had schooling. My dad a 10 year old in Connecticut after arriving from Canada was taken from school in grade 3 or 4 then worked for the next 66 years.

Grandfather, un-schooled, not uneducated, in the Early 1900’s to 1940 owned a logging and portable saw mill business taking his large (eventually 18) family and 35 lumberjacks hundreds of miles into the North Canadian woods. Grandmother Alida, was schooled for 4 years, her mother Room died when she was 6 and Alida grew up fast. She worked in New Hampshire silk mills at age 13 to 16. She and 20 Canadian girls shared one room and 10 beds. One group would work 12 hours days the other 12 hours nights. She was acutely prepared to be Grand dad’s logistics expert. It was her job to determine the type and quantities of food nearly 55 (family plus workers) would need for the 3 or 4 months away from all Civilization. On the logging site she and her children helped with the construction of the 5 or 7 log cabins needed. It too was her and her daughters that prepared the food and fed everyone on site. 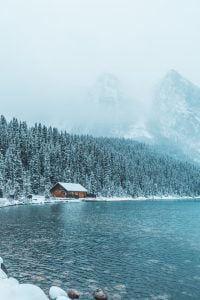 Beyond cutting and trimming trees the worker and boy children hauled the logs first to a lake. When enough logs were collected, they were released into streams or rivers and forced down many miles to a buyer! On the job site everyone from the near youngest to Grandfather everyone worked. It seemed grandmother always had another baby in her arms as she went about her daily duties.

To point out the self-reliant children they raised: My Dad age 5, when his mother and father were late, in a snow storm, returning from church he hitched up a horse to a hogshead (a ½ wooden barrel on a sled, climbed into the barrel and drove in deep snow—and met them coming home. He had to jump often to see over the sides of the barrel.

In 1925, in a Sunday Waterbury American newspaper a reporter wrote a 2 page story, with family picture, about Grandmothers exploits. I have that paper, framed. Grandfather went on to buy large acreage, during prohibition he operated a speakeasy, and restaurant, on the main street of town. The door was open to all. If not for the Great Depression his land holdings would have given him an easy retirement.

In America, if you worked hard and long you had the success of a job well done. Wealth and riches for hard working people rarely meant big bank accounts. Mostly it meant you’d survive to old age.