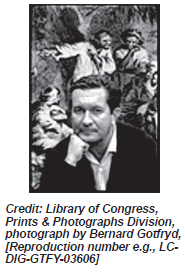 The Confessions of Nat Turner (1967) and Sophie’s Choice (1979) were both bestsellers when they came out, but both, for different reasons, were highly controversial. Styron published The Confessions of Nat Turner at the height of the Civil Rights movement; it was a novel about a Black hero written by a White author. Sophie’s Choice, novel about a Christian victim of the Holocaust, was written by a Southern protestant; as a result, .some readers accused Styron of capitalizing on topical issues. Both novels, however, remain extraordinary works of art.

Styron did not write The Confessions of Nat Turner to capitalize on the moment, for he had long been intrigued by the historical Nat Turner. After the success of his first novel Lie Down in Darkness in 1951, he had begun making plans for a novel about Nat Turner; however, he waited nearly ten years to write the novel and was glad that he had: “I think had I written it fifteen or twenty years ago when I first conceived the notion, it would have had a melodramatic overlay.”

Initial response to the novel was mainly positive and, in 1968, it won the Pulitzer Prize; Fox Studios in Hollywood also became immediately interested in filming the novel; however, enthusiasm for the novel soon waned. Though Styron had set out to write a positive recreation of Nat Turner, a number of Black intellectuals took great offense at a white man’s treatment of their hero. Unfortunately for himself and the future of his book, Styron then allowed himself to be drawn into the controversy, trying with only limited success to counter the criticism, both literary and personal. Years later he lamented that he was attacked “by the very people I was attempting to reach out to.”

Styron set both the beginning and end of The Confessions of Nat Turner in the prison where Nat Turner awaits execution after his failed insurrection in Southampton, Virginia. Feeling clearly alienated from God and experiencing guilt both about the deaths of his cohorts and his murder of Margaret Whitehead, he allows the lawyer, Thomas R. Gray, to interview him, but he is mainly self-absorbed in his misery. Thwarted in his efforts to free his race, he is ready to die. Styron’s Nat Turner is a fanatical Christian who believes that God has called him to his mission as both liberator and destroyer. Using the Bible, he patterns himself after the Old Testament prophets, particularly Ezekiel. His devotion to the mission, as Styron often asserted in interviews, has driven him to the edge of madness.

Overall, Styron’s purpose was to create a fully human Nat Turner, one whom he thought all American readers—Black and white—could understand and appreciate. . How sadly mistaken he was is certainly indicated by the hostile reactions of Black intellectuals. Fortunately, Styron (who died in 2011) lived long enough to see later Black intellectuals turn away from the intense criticism; both Cornel West and Henry Louise Gates Jr. praised the book. There was even new talk of making a movie of the novel.

Styron’s next major novel, Sophie’s Choice, came over ten years later. Serving in the military at the end of World War II, but as a noncombatant, Styron set out to write a novel that encapsulates Nazi evil as epitomized in the horrific concentration camp, Auschwitz. Sophie’s Choice was the result. An enormous best seller when it came out in 1979, it certainly added to Styron’s fame and wealth. He sold the paperback rights to Bantam for $1.575 million and the movie rights for $650.000. Meryl Streep won an Oscar for her portrayal of Sophie in the 1983 film.

The book, however, created dissent among Jewish intellectuals, like Elie Wiesel, who declared that no non-Jew should even try to write about the Holocaust. Creating Sophie Zawistowska as a non-Jew, Styron had hoped to avoid this criticism, but probably encountered even more because she was Catholic rather than Jewish.

In Sophie’s Choice, Styron has his characters ask a pivotal question: How can they, in good conscience, choose to live in a seemingly Godless world? In the novel, three characters seek to answer this question and to accommodate to a world where even genocide has become normal. Sophie Zawistska and her Jewish lover, Nathan Landau, die because the horrors through which they have lived finally destroy them. Overburdened by horror and unbearable guilt about the choice she has had to make, Sophie succumbs to her lover, Nathan, who cannot accept the reality of absolute evil; his madness kills both Sophie and himself.

Stingo, the novel’s third major character, serves as a sort of autobiographical stand-in for Styron himself. Before meeting Sophie and Nathan, Stingo knows the facts of the Holocaust, but only achieves a full understanding of this evil through interaction with them. At the end, Stingo, having empathized with the depth of their agony, survives with some degree of optimism. And, through his artistic talent, the adult Stingo (and Styron) transform the horror of their suffering into a work of enduring art. Insight, empathy and creativity, Styron asserts are essential for survival.

Since his death in 2011, Styron’s reputation has been in decline, at least partly because of the breadth, depth, and length of his novels. With concentration and patience, however, both The Confessions of Nat Turner and Sophie’s Choice are well worth the effort needed to read them.