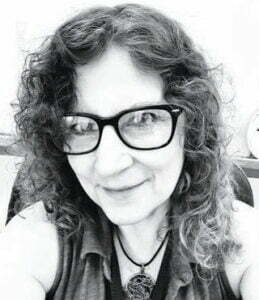 Welcome to Custer’s Mill. Local historians will know that our town of Broadway, Virginia used to be called Custer’s Mill before the Civil War. But now, Custer’s Mill is the also the name of a fictional town which – just like our own little neck of the woods – is home to a whole cast of eccentric characters. Along with my cowriters, Barbara Finnegan and Mary Smith, I am excited to announce the upcoming release of our trilogy of cozy mysteries – Murder on Rosemary Street, The Mountain’s Secret, and our brand-new book, Revenge Comes Twice. All three books will be ready for you to read in September.

Here’s what to expect:

Every town has its secrets:

Skeletons that tumble out of closets, rise fry crypts and even turn up in old basement vaults.

For years, the mystery of the Brubaker heritage has been locked away in an underground safe at the Village Library. Now, construction of a new highway threatens to demolish the old building, causing elderly spinster, Bertha Brubaker, to investigate the contents of the vault. When Miss Brubaker discovers clues that can help her start to unravel the tangled tale of the Brubaker dynasty, she pays the ultimate price for her discovery. Librarian, Emma Kramer, and new detective, Jake Preston, are joined by a bevy of aging eccentrics who have a double agenda: finding their friend’s killer and saving the old library building from destruction. A crafty, cold blooded murderer is on the loose, and it will take the combined wits of the citizens of Custer’s Mill to make sure the killer is brought to justice.

The Mountain’s Secret:
Dark labyrinths carved into North Mountain hide old secrets. Secrets that lead to murder. When a body is found floating in river, Police Chief Jake Preston must make a connection between the mountain, missing relics, and deep-rooted resentments. His investigation is both helped and hindered by Emma Kramer and Serafina Wimsey as they vie for his attention. Clues to the mystery turn up at the Brubaker mansion, where the the library ladies are busy creating a new tea shop. When two questionable handymen offer their services in the remodeling project, some citizens of Custer’s Mill wonder if the men’s motives are as innocent as they seem.

Who is truthful and who is double-dealing? Suspicions abound, but if Preston and his eager sidekicks don’t connect the clues, the killer is prepared to strike again.

Excitement is in the air in Custer’s Mill. The Brubaker Mansion is opening its doors as a Bed and Breakfast. The ladies can hardly contain their excitement – that is until they meet their first visitors – a garden tour group. Although the B & B is charming, the food superb, and the service outstanding, each of their guests
comes carrying more than just
luggage.
When a guest is brutally murdered, detective, Jake Preston, must work quickly to gather clues, and navigate a maze of intertwined backstories before someone else dies. Librarian, Emma Kramer, insists on sleuthing on her own, and despite Jake’s warnings, puts herself in danger trying to help her friends. Meanwhile, the ladies must continue to keep the B & B running smoothly despite the increasing restlessness of their guests. Are they housing a killer? Or is the handsome stranger who suddenly appeared in town really a murderer? We can’t wait to share these small town, cozy mysteries with you. We plan to have a table at Autumn Day in Broadway on September 10. Hope to see you there!

*Note: If you have previously read the first two books
in the series, we want to let you
know that they have been revised a bit and are being re-released as second editions.

How to Provide “Alliance Feedback”