by Kelly Gilbert
in Columnists, Columns, From the Potting Shed, Kelly Cullers Gilbert
Share on FacebookShare on Twitter

Suddenly it is December! I no longer see the sun on my drive home, and the leaves on most trees have fallen and now serve as a comfy home for the larvae of luna moths, lightning bugs, and several species of butterflies. Everyone and everything is winding down and preparing for the end of the year. If your garden is anything like mine, not much is happening. One thing that may be giving some color in an otherwise grey and brown landscape, however, is the bright green and red of the holly bush.

A popular Christmas plant, holly has delighted humans for centuries. Several early pagan cultures utilized holly as a seasonal plant, and as a result some of their traditions remain today. In Rome, holly was associated with the planet Saturn and used during Saturnalia which was a festival of the harvest and fertility and was celebrated on December 17th. Some see it as a precursor to our modern Christmas. People would decorate their houses with holly boughs and wreaths to brighten their homes. In parts of England, holly was simply referred to as “Christmas” because of its established place in the culture of winter there, and “Christmas trees” were actually holly bushes before the introduction of the now traditional evergreen tree!

In Celtic mythology, the world is ruled by the Holly King in the dark parts of the year, from summer to winter solstice. When the solstice arrives, the Oak King battles him for control of the year from winter to summer again. It is thought that the Holly King was sometimes referred to as the “Green Knight” and may well have been based on the same ancient archetype of the Green Knight in “Sir Gawain and the Green Knight” of Arthurian legend fame.

In Christian culture, holly is often seen as a representation of Christ and his sacrifice for the world. The spikes of the leaves represent the crown of thorns Jesus wore at his crucifixion, and the berries the blood that he shed. The popular Christmas song “The Holly and the Ivy” reflects this sentiment and is still heard all over the world today. Holly is a familiar and lovely addition to both homes and churches at this time of year.

Holly was also not just used at Christmas time for celebrations, it was also considered a lightning deterrent in English mythology and was thus planted near houses to detract it from destroying them. Holly was associated with thunder gods such as Thor or Taranis. Funnily enough, as science has moved forward, it has been discovered that the unique leaves of the holly bush do indeed serve as miniature lightning conductors that actually do prevent the bush and its surrounding objects from getting struck! A neat example of old knowledge matching up with new science. Other lore surrounding holly is that it would deter witches and either discourage or encourage the fae folk depending on what type they were.

If any of this folklore has inspired you to plant a holly tree near your house, here are some tips on where and how best to go about it. Holly likes well-drained soil and while it tolerates shade, the more sun it gets the thicker the foliage will grow. You should plant it in early spring with mulch around its roots. Holly also bears male and female flowers, and you’ll need one of each if you would like the famous red berries to grow, and they should be planted no further than 100 feet apart. Any pruning and fertilizing should be done in the spring and summer, and once autumn and winter roll around it no longer needs to be watered.

The next time you happen across a holly bush in your travels, stop and marvel at its beauty. Perhaps you’ll be inspired to take a sprig to decorate your house and feel a little extra holiday spirit as a result. 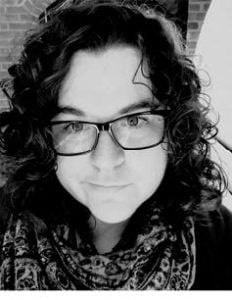 Kelly Gilbert resides in Centreville with her Kiwi husband and fairy child Iva. When not daydreaming about a perfect garden, you can find her at Chantilly Library masquerading as a youth services librarian.

You Want a What? To Fit What?