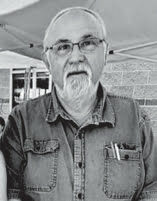 November is here! As hard as it is to believe, Santa Claus is coming to town, and It’s Beginning to Look a Lot Like Christmas is just right around the corner. Major events: Election Day, Veterans Day, Thanksgiving, Big Game Season. I want to share some stories about Election Day.

As long as I can remember, Election Day was a big day is Fulks Run. On Election Day eve there would be two individuals come into the store leaving sheets of paper with voting instructions on them. One paper was yellow, left by a red-hot Democrat. The other paper blue, left by a red-hot Republican. Of course, each paper instructed you to vote for the candidates of their party. The instructions never included why you should vote for their man, just vote for their man, or why you should not vote for the other man. This story took place on the morning of election day when a big Cadillac pulled up to the gas pumps. The man that came into the store had a big golden watch on his arm and was dressed like he was going to church…had a fancy shirt and coat, shiny cowboy boots on, and a Bola for a tie. My granddaddy Blain was at the cash register, and he knew the gentleman well. After casual conservation, he inquired if the gentleman had voted yet? “Yes, yes I have.” He even went on to tell who he had supported at the ballot box. My grandaddy acknowledged how important it was to vote, and the gentleman paid for his gas and left. As he left the store, the conservation turned to the election, and another gentleman we will call Sidney was standing beside the door. It soon became Sidney’s turn to answer the question of have you voted yet. With hesitation Sid answered, “No, no I haven’t, but now I don’t know who to vote for.”

“Well, I knew until that man in the Cadillac came and told us who he voted for!. But now I’m trying to figure how in the world the same candidate could look out for the interests of a poor man like me and at the same time a rich man like him??”

I’ll have to say old Sid had a good point.

Another good point was brought out concerning political candidates at the M & R Feed and Hardware where Valley Land is now. My granddaddy Fulk was in the store sitting talking to the other people when a stranger walked in. He introduced himself as a campaigner for a candidate that was running for state office. He went on to tell of the fine qualities that this man had including honesty, good character, trustworthiness and other qualities, adding he personally knew this man. My granddaddy Clory listened carefully as the man campaigned for his associate, and as the man concluded his talk, he asked my granddaddy if he could count on his support in the upcoming election. Solemnly my “pap” shook his head no. adding, “If what you say is true, I’m sorry I could never vote for your man.”

The puzzled campaigner then asked Pap why he could never support his candidate?

My granddaddy calmly answered, “Because such a good man as that I would be afraid if he would be elected and go to Richmond, the others there would soon turn him into the same dishonest crooked people they are.”

The campaigner just looked at my pap for a few seconds, and responded, “Sir, you may be exactly right,” and he left.

One event that impressed me personally was in 1973. I was in the garage at Macs Superette and across the road a big camper pulled in. On the side of the camper was a big sign Henry Howell for Governor. A group of well-dressed people came walking across the road, and there in real life was Henry Howell, candidate for Governor of Virginia. Of course, he shook hands and was well received by all that were there. Unfortunately, he lost, and I could not tell anyone I shook hands with the Governor of Virginia. He carried the rural areas but lost in the cities. Sounds familiar doesn’t it? He lost to Miles Godwin by 15,000 votes 51% to 49%.

Enough of politics, now for a hunting story, or something like that.

This event took place at Macs Superette when the game biologist would check the deer and turkey in. They would take the weight and check the deer teeth for their age and see what was still inside the deer after field dressing. For instance, if the heart was left in the deer that effected the weight. After dark was the busy time as the hunters were coming out of the woods and a line had formed with hunters waiting to weigh their game. As a hunter removed his deer from the scale the next hunter placed a large bird on the scale. As the biologist turned to inspect the bird he suddenly stopped and stared at the bird. With a swift motion, he grabbed the bird by the legs and threw it across the hedges that separated the store parking lot from the neighbor’s yard. At the same time, he looked at the hunter and said, “What’s wrong with you? I should give you a ticket for this.”

After things calmed down, they found out he was an out of state hunter who was new at this hunting thing. The hunter was so sorry, and he really did think it was a turkey, and if I remember right, he did not receive a ticket. Later my daddy in his joking style told the biologist that he should have told the hunter that he had killed a Beautiful Wild Turkey and what a great Thanksgiving meal it would make!

In closing remember Veteran’s Day is November 11th, so please thank a Veteran for his or her service to our country. And at this time from me to the Veterans that read my column THANK YOU FOR YOUR SERVICE! 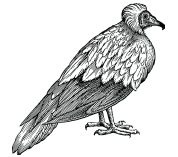 Believe it or not
Until next Time
Ronnie

Born and raised in Fulks Run and graduated from Broadway High School in 1975. Worked at Macs Superette from the age of nine where most of my stories were heard. Co-owner of M & R Feed and Hardware in Fulks Run until 1985. In 1985 started working at the United States Postal Service in Harrisonburg Va until 1993. Then assumed the roll of Postmaster of Quicksburg VA until 2013 when I became Postmaster of Fulks Run VA until my retirement in 2014. Finished my full time working career at Central Valley Truss in Fulks Run, retiring from full time employment October 2021. Since 1999, I occasionally fill the pulpit in local churches. Married to Cammie Anderson for 41 years, and we have two adult daughters, Rebecca and Sarah.