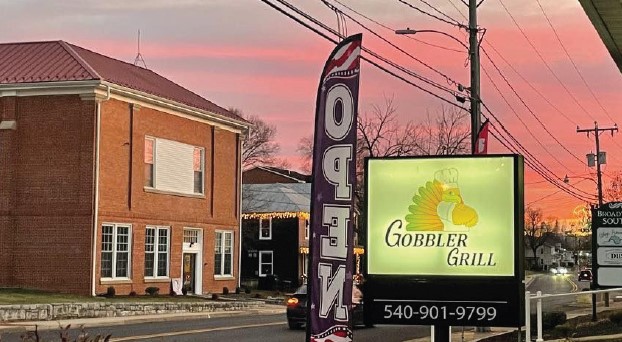 Colby Mongold started in the restaurant industry at age 16 working at the Jonny Appleseed in New Market and a few years later was running the catering and banquet parts of the business. After graduating from Broadway High School, he went onto JMU to study hospitality management.

By making the decision to purchase “Struts” in 2017 from the former owners he would be taking the next step in in a lifelong career in the restaurant industry. From serving as an employee who filled various roles including Area Kitchen Manager for O Charlies, General Manager at Hams and McAllesters to owning his own establishment!

As of November 2022, he has owned the Gobbler Grill for 5 years. Sales are good with hamburgers, fries & Stubbs and Nubs being the biggest sellers. This does not happen automatically though, a single operator in the restaurant industry requires constant engagement in daily operations.

Although Colby is hands on in the food prep for certain tasks like making special sauces, he relies mostly on his staff of 20-25 employees for most daily operations. This allows him to focus on owner and managerial responsibilities like menu development, sourcing product, planning and other functions.

All the recipes are ones he has created or from his family. The Honey Mustard and Thousand Island dressings are made in house and are signature items. The vegetable soup is a crowd favorite and is made from his mother’s recipe. The Gobbler Grill’s daily specials are very popular especially the fried chicken, bbq sliced pork loin and others.
Gobbler Grill Celebrates Five Years

Colby’s philosophy in business is that you should provide the best value possible to your customers and not price gauge them. He does this by carefully shopping for reasonable food prices to avoid rising menu prices which has only been done 3 times since opening.

The triple cheeseburger is a good example of a value he was able to pass onto his customers. When one of his suppliers had burger patties on sale Colby took that opportunity to have a special on a triple cheeseburger and fries for $8.99, that’s a lot of sandwich for the price point!

In addition to a carefully crafted menu selection Colby is a Bourbon Enthusiast who enjoys trying different varieties of bourbon whisky. While he personally tends to prefer bourbon that is made with more wheat than rye he has stocked the bar with an exceptional selection intended to have something everyone will like. 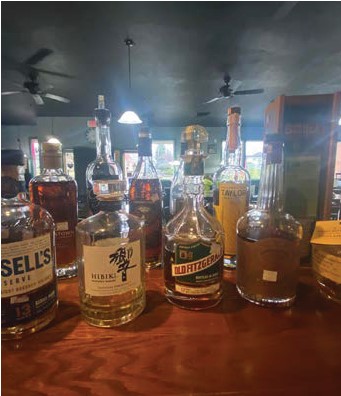 The Gobbler Grill offers one of the best selections of bourbon in the area. Weller, Old Fitzgerald Cigar Blend, Blantons, Eagle Rare just to name a few however there are many others. Colby enjoys the thrill of the hunt involved in acquiring difficult to find bourbons and that’s why it’s possible for bourbon lovers like him to get to try the more expensive bourbons that are hard to find and out of budget for most people.

Joseph Magnis is a $200 bottle, but you can buy a pour at the Gobbler Grill to be able to experience it without having to buy an entire bottle. “It’s a good place to try expensive bourbons to see if you like them before purchasing a bottle of your own” – Colby says.

A promotion that started in December involves Pappy Van Winkle 12-year cost over $1,000 a bottle however, if you spend $25 at the restaurant you get to pick a ticket off the board and if you win you can buy a pour of Pappy for only $10.

Giving back to his community is important to Colby and to do so he supports FFA, the Fire Department, and offers free meals for veterans-on-Veterans Day. These and other organizations are meaningful to him after having been involved as a volunteer and having family that’s served in the Military.

Remember when you dine at a locally owned restaurant your supporting no only the owner and staff but also helping the entire ecosystem that those businesses support including our local sports teams, non -profits and volunteer organizations.

Be sure to keep on the lookout for winter specials like chicken fried chicken, sloppy joes, hot roast beef and some other new dishes he has been planning to roll out!