What is "southern gospel" music? 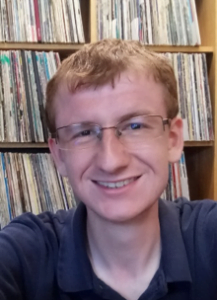 As someone who has spent countless hours studying the genre, it’s an important question not just in terms of the past, but looking ahead to the future. Sure, I love the older music, but ultimately I want this style to be around for many years to come.

You may be surprised to learn that the term ‘southern gospel’ is barely 50 years old. It is derived, of course, from ‘gospel’ music. So this month, let’s see what exactly happened in the 1970s and 1980s that brought about a brand new definition of gospel music.

During the first part of the 20th century, gospel groups had basically two ways to make a name for themselves. The first method was usually for quartets: become affiliated with a music publishing company. These businesses sought to spread the shape-note method of singing, and would hire quartets to travel the country to promote their songbooks. The second method was mainly for family groups: harness the power of radio to become well-known in local markets, with the hopes of expanding to a national audience.

By the 1960s, gospel music had grown to include a variety of distinct musical styles and groups. In 1964, the Gospel Music Association (GMA) was launched to help promote the genre. Legendary names like James Blackwood, J.D. Sumner, and Vestal Goodman were part of the original board. (The GMA is the group that holds the Dove Awards each year, still to this day).

Then came the 1970s, and here is where things get interesting. In many churches, there always seems to be a battle between traditional and contemporary styles. And, not surprisingly, this is what happened in the gospel music industry during this decade of change. It was inevitable that the sounds of secular music would begin to influence gospel music, and so during the seventies a number of groups came onto the music scene that had a ‘progressive’ style. Some more than others, of course, while a handful of groups held fast to their traditional styles. As expected, some audiences were receptive to the new styles, while others were more conservative in their musical tastes.

The late seventies saw the emergence of what we call ‘Contemporary Christian Music’ (CCM) today. But – here’s the key – such a label did not exist. All music was still ‘gospel’. Sure, there were some labels like ‘traditional’, ‘progressive’, ‘country’, and ‘black/soul’, but everything fell under the same umbrella – gospel music. Singing News, the leading publication in the industry, reflected this. By the late seventies, the newspaper had grown to include as many as four different charts to accommodate the varying styles.

It was around this time that the GMA began to promote the more progressive/contemporary gospel music, as they seemed to find it more appealing to larger markets. Sure, this was met with criticism from the start, but a breaking point was reached around 1984, when that year’s Dove Awards program (which was televised) all but ignored ‘traditional’ or ‘southern’ gospel. At the forefront were names that have become legends in CCM – Amy Grant, Petra, the Imperials, Sandi Patty. As for traditional gospel, ‘big name’ groups like the Cathedrals, the Florida Boys, Hinsons, Hemphills, Inspirations, and the Speers were nowhere to be found.

Many of the original founders of the GMA felt betrayed. Here was an organization that was founded by leading members of the traditional gospel industry. But now, ‘traditional’ or ‘southern’ gospel seemed like an unwanted child for the GMA.

This is where we see the emergence of ‘southern gospel’ as a separate industry – the big ‘split’ of gospel music styles. CCM had grown exponentially, and so had southern gospel by the mid-1980s. There was enough material for gospel radio stations to pick a style and run with it, and both markets flourished during the 1980s and well into the 1990s. Southern gospel came to be defined by groups like the Cathedrals, Dixie Melody Boys, Gold City, Hemphills, Hinsons, Kingsmen, McKameys, Talleys, and many more. The music had country overtones, with occasional orchestrations, but was distinctively different from CCM.

In the mid-1990s, the SGMA – Southern Gospel Music Association – was founded. This organization was completely independent from the larger GMA, with its own Hall of Fame (located at Dollywood in Pigeon Forge, TN from 1999 until 2020). Southern gospel rode into the 21st century in style with a number of groups that kept the genre alive and well…

Once again, in a scene very similar to the seventies, there are a variety of styles under the ‘umbrella’ of southern gospel music. Some artists have retained a traditional sound, others have continued to develop a progressive style. This will play a key role in defining southern gospel in the years to come – will there be yet another split in the industry? Or, is there the potential for unification?

You’ll notice as I conclude that I have somewhat failed to clearly define southern gospel music, and, in all honesty, that’s the reality. It is very difficult to define. It has a clear-cut message – the Gospel – but also a unique sound that it has developed over the years, setting it apart from other forms of gospel music. It will be interesting to see how the industry grows/evolves in the years to come…