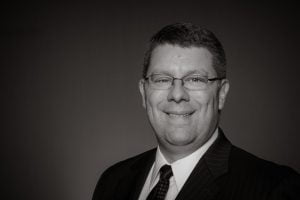 For over two years now, we’ve taken a look – on a monthly basis – at some basic things to consider in order to communicate more effectively with the people we care about the most. I’ve tried to share some of the most practical tools I’ve found in working with teams across North America over the last two decades, specifically what I’ve come to know as the DISC Model of Human Behavior, mainly because I’ve seen the results in a work environment and believe applying the same approach at home can produce even better results!

“Emotional Intelligence is your ability to recognize and understand emotions in yourself and others, and your ability to use this awareness to manage your behavior and relationships.”

That sounds simple enough, huh? Bradberry goes on to say that “emotional intelligence is the ‘something’ in each of us that is a bit intangible…”

I fancy myself to be a practical guy, and that likely comes from all the years where my boss held me accountable for showing a tangible return on investment for any training or conference I attended. That said, I really struggled with the idea of emotional intelligence being define as something intangible – especially when Bradberry also stated that “Your EQ is the foundation for a host of critical skills – it impacts most everything you say and do each day. EQ is so critical to success that it accounts for 58 percent of performance in all types of jobs.”

If it really does make that kind of difference, there just has to be some way we can turn that “something intangible” into something VERY tangible! But as I read on, he shared that “only 36% of the people we tested were able to accurately identify their emotions as they happen.” If that’s true, it certainly explains why it’s so intangible. Ugh…

The more I’ve studied this thing called emotional intelligence, the more important I believe it is and the more impact I believe it can have in creating happy houses and happy spouses! Most everything I’ve dug into on the topic breaks emotional intelligence down into four separate components, each one building on the other. While I believe we’ve already gone through some great steps we can each take to communicate more effectively, and in turn build stronger relationships with the people we care most about through this column over the past two years, I think understanding each of those four components will help even more!

Over the next few months, we look at them one at a time AND we’ll do it in a way that removes every bit of that something intangible Bradberry referred to. I’m looking forward to it, I hope you are too!

Prior to founding Dove Development & Consulting, Wes and Cindy Dove developed strong professional resumes while working in both large corporations and small, family-owned businesses. In addition to extensive work in behavior-based safety throughout North America, Wes held responsibility for safety compliance, human resources, and personnel development in multiple industries. He and his wife, Cindy, are Executive Directors with The John Maxwell Team and serve on that organization’s President’s Advisory Council. They’re Certified Human Behavior Consultants through Personality Insights, and contributing authors for the book Discover Your Team’s Potential – Proven Principles To Help Engage Your Team & Improve Performance, which made the Amazon Best Sellers List in all three categories its listed in just a few weeks ago.