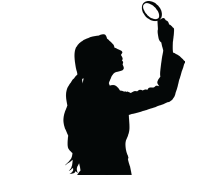 I’m about 10 books behind schedule for my Goodreads Challenge for 2022. I decided to try to read 125 books this year, and although I’m not quite on track, I think I can make up the difference in the next three months. Winter brings longer evenings and (hopefully!) lighter schedules.

As I have time and space, I’ll occasionally throw in some book reviews in upcoming Chronicle issues. Except for books I read for my book clubs, I almost exclusively read classic British mysteries. To me, there’s nothing better than escaping into the Cotswolds or visiting a crumbling manor house. I enjoy matching wits against clever criminals and working along with the detectives to solve the deadly puzzles.

I have read quite a few good books this month. Let me share a few.

I started September with the 23rd book in the Number One Ladies’ Detective Series by Alexander McCall Smith – A Song of Comfortable Chairs. If you have not yet met lady detectives, Precious Ramotswe and Grace Makutsi, you are in for a treat! The stories are as gentle as the Botswana breeze and as refreshing as a cup of red bush tea on a scorching day. In this latest adventure, Grace’s husband, Phuti, is worried that his furniture company is losing business to a new establishment just down the road. Phuti is convinced that the chairs his competition sells are quite inferior to the high quality pieces on display at his store – The Double Comfort Furniture Store. This new business has a sparkling new advertising campaign that keeps undercutting the already low prices that Phuti offers in his store. Together, Mm Ramotswe and Grace work to find the person responsible for leaking information to the competition. The Number One Ladies’ Detective series is pure fun. You don’t absolutely have to read the books in order, but since the characters grow and change over the years, it might be best to start with the first book and work your way to the current release.

I also just finished the third book in Richard Osman’s Thursday Murder Club series. The book is called The Bullet Missed, and once again features four retirees on the trail of a murder. Elizabeth, Joyce, Ron, and Ibrahim specialize in cold cases, and when they become aware of a decade old mystery, they become instantly intrigued. But as usual, this cold case leads to a present day murder – or two. The curious quartet become involved with a local news celebrity and learn that mistakes of the past often find their way into the present. The story is full of intrigue – MI6 agents, a Viking who is a Bitcoin genius, a Russian KGB colonel, gangsters, and vicious villains too numerous to mention in a short review. Osman is great at spinning a yarn that keeps you glued to the pages. The humor is captivating. Just when you think you have one of the septuagenarian sleuths figured out, they break out into a brand new persona that you don’t see coming (or at least I didn’t!). The book is a fun read, and despite the body count, I’d still consider it a rather cozy tale.

The final book I’ll discuss this month is one that I bought with an equal mixture of excitement and dread. If you know me well, you’ll know that I’m an avid Agatha
Christie fan. In fact, I would venture to say that she is my favorite mystery writer of all time. Her elderly female protagonist, Jane Marple, is my alter ego. I want to be Jane when I grow up. That said, you can imagine my mixed feelings when I heard that twelve modern day authors were putting together an anthology of Christie-esque stories featuring none other than the venerable Jane Marple. Authors Naomi Alderman, Leigh Bardugo, Alyssa Cole, Lucy Foley, Elly Griffiths, Natalie Haynes, Jean Kwok, Val McDermid, Karen M. McManus, Dreda Say Mitchell, Kate Mosse, and Ruth Ware each took an aspect of Miss Marple’s character and created a story featuring the spinster sleuth. Although the authors interpreted Marple through their own story lens, they all stayed true to the traditional style of mystery writing so perfected by Dame Agatha herself. So far, I am enjoying the stories (As of this writing, I still have a few more to go). I am listening to the audio version of the story collection, and all of the readers do a great job of reading the stories with perfect British diction. The stories are clever puzzles (vintage Christie style), and are well told. I suspect I will listen to them all again sometime during the long winter evenings. They are a great and comforting contrast to my crazy days in 7th grade English. 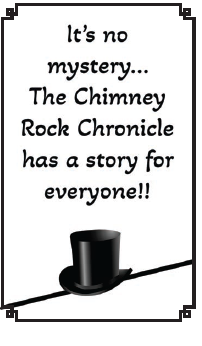 Although mystery stories tell of capers all around the world, there really is an accepted standard for these intriguing tales. In 1930, a group of mystery writers formed the Detection Club and from there created a set of rules that apply to all stories that hope to be included under the label of classic mystery.

Some of the more well known writers in this group included Dame Agatha Christie, Dorothy Sayers, G.K. Chesterton, and more. The first American writer allowed in the group was John Dickson Carr in 1936.

The club was complete with initiation rites and oaths, and they agreed that the reader should always have a fair chance to solve the puzzle along with the detective. They were resources for each other and helped fellow members navigate the sometimes murky waters of detection.

In 1931, some members of the Detection Club collaborated on a mystery novel. It is called The Floating Admirial, and each of the twelve chapters was written by a different writer.

A version of the Detection Club still exists. Mystery writer, Martin Edwards, is the current president, succeeding Simon Brett in 2015.