On December 3 there was a flag folding and retirement class. A couple of months earlier Cory May, the committee person for Cub Scout 1 of Broadway, contacted Ed Harper, commander of VFW Post 9660, about flag folding and retirement procedures. Ed Harper in turn got hold of Mike Gray of American Legion Post 278 of Timberville. Mike, Ed and Cory May worked out when would work best with everyone’s schedules and with the Town of Timberville, for use of the Legion Park.

Broadway Cub Scout Pack 1 serves all Northern Rockingham County. This includes all school kids including those that are home schooled. To be a Cub Scout you are a young person in the grades K thru 5.

The cub Scouts learned how to properly fold a flag, regardless of its size. Mike Gray, Ed Harper and George Toscano assisted the cub scouts with the folding. After all flags were folded and ready for proper retirement, which is by fire. Mike gray held a class on what the flag means, from its colors, strips, stars, and stars background color of blue means.

The cub scouts were even assisted by some of the local girl scouts. They all did an awesome job, considering it was a very windy morning.

The cub scouts are hoping to have another flag retirement sometime in May. 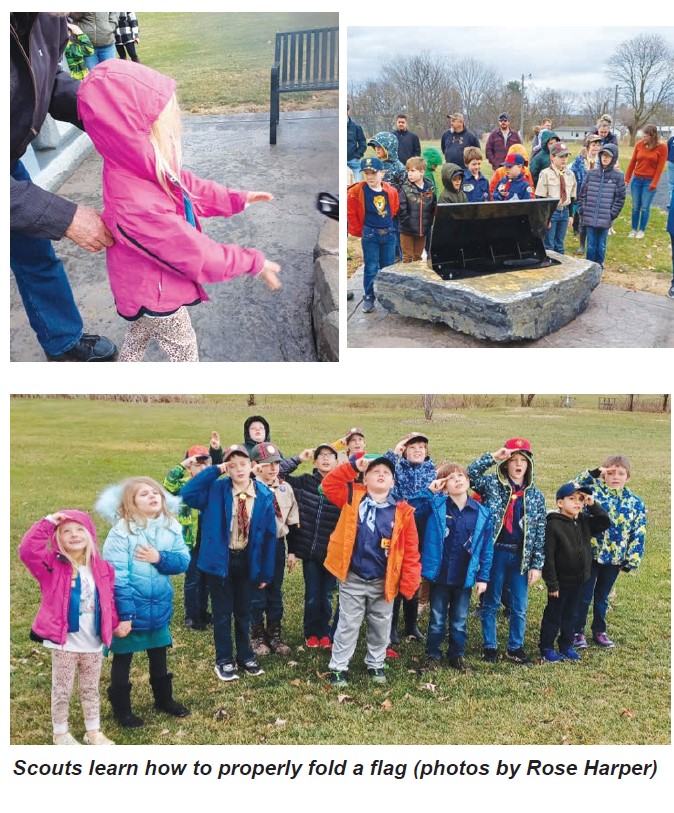 The Old Inn At Mauzy