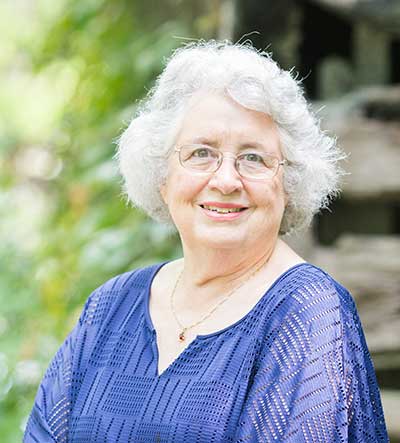 Our first mattress lasted twenty years, by flipping it over every so often. Our most recent mattress lasted nine years, and honestly, we hated it for eight and a half of those years. It had developed a mini mountain ridge down the center. My husband, Al, announced it was time to start hunting.

He got out a new manila folder and marked it MATTRESS, and the fun began. He checked for local mattress stores, and I researched on Consumer Reports and threw out an online plea on Facebook to my friends. I narrowed it down to the top three bestsellers, scoured the comments, printed out my findings, and tucked the pages into the mattress folder.

We are not people who walk into the store, buy a big-ticket item and walk out. We are the kind that visits a store until we have spent more hours there than the stock boy in the back. Early in our marriage, we visited a furniture store for months, looking at a dining room set. When we finally arrived to buy it, the salesman had moved on to another job. We were sad because we had gotten to know him. His baby boy, born just before our first visit, had cut two baby teeth by our last.

Ignoring my research, Al headed for the Dial-A-Number mattress store. It hadn’t even made my list and only offered a full one-year warranty. I was enthralled with a gadget that warmed your feet in the winter, but it only came with the king size. It took us forty years to upgrade to a queen! Changing the sheets was like wrestling an alligator, and I didn’t want to increase that task. I was shocked when we discovered that the price was the same as our first car!

So our courtship began, and eventually, I caved. Al was convinced, and I figured, indeed, if it was so expensive, I could get used to it. It arrived three weeks later, and the delivery men brought it in and set it up. A wooden box under my side of the mattress contained the secret working parts for our expensive bed that was not maintenance-free. They hauled off our old springs for a fee. Now to figure out our perfect number. I remembered our numbers from the showroom visits. I was 35, and Al was 75. Another reason we knew we needed this bed since our numbers were so far apart.

The first night was a bit discouraging as I tossed and turned, and when I awoke, my number was now 65 and my hip was sore. I played with the numbers for the next few days. I was having issues and had no idea how Al was doing since I was now sleep-deprived. Several nights later, I sneaked out to our “no-number sofa” and got four hours of glorious sleep. Then I crept back into the new bed before dawn. About a week into this nightmare, Al admitted he was now down to my original 35, but he could live with it.

We had a visit from two granddaughters, Anna and Rachel. Anna became the test subject, and Rachel controlled the remote, starting at the highest number and slowly moving down each notch to the lowest. Then she reversed the test from low to high. Anna confirmed what I had suspected. When the mattress adjusted, it only changed between my lower back and thighs, causing my posterior to feel like it was hanging in a hammock, but it left my feet elevated.

Eventually, we decided to return it. We barely avoided marriage counseling during this next hunt. It wasn’t until we were doing the paperwork that we realized we had purchased our “mountain ridge” mattress from them and that the store had changed location.

When our “final decision” mattress arrived, two young men brought it in and set it up. Then one of them recited a “benediction” that was mind-boggling.” Turn the mattress top to bottom regularly. Be sure to sleep on all parts of the bed, sleeping all over, in the middle and the sides.” I pictured us lying crosswise with our feet protruding off the side of the bed. My daydreaming was interrupted when I heard him conclude, “This will prevent a ridge from forming down the middle.” I stepped out into the hallway suppressing a scream.

I resolved that if missionaries could sleep on mats in foreign lands, I could certainly be grateful for a new bed. Then at a recent timeshare, the bed was so luxurious, I almost cried myself to sleep. Bottom line, if you are looking for a new mattress, don’t call me!