by Helen Smith
in Columns, Headlines from Plains Museum, History
0 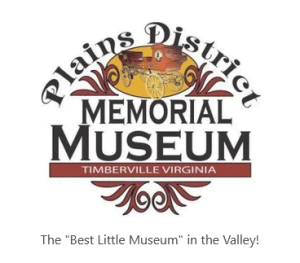 This series of articles will introduce you to some of the women included in our current exhibit who led the way in expanding the role of women into areas previously dominated by men.

The following article is based on information from the Autobiography of Ada E. Baugh  from the files of Dale MacAllister, local historian.

ADA E. BAUGH, whose father was a direct descendant of Johann Sebastian Bach, grew up on the Bluff located on Rt. 42 between Broadway and Timberville, VA. For nine years, she attended the Bluff School which she said was situated in “a clump of trees on the main road.”   When she was fourteen, she left the Bluff School and walked two miles to the Timberville graded school. Four years later in 1893 encouraged by the principal of the school, Rev. Daniel Hayes, she decided to become a teacher and enrolled in a four- week summer school program at West Central Academy in Mt. Clinton. At the end of the summer, she received her first teacher’s certificate and her first teaching assignment at the Shaver School.

Over the next sixty- one years, Ada devoted her life to education. She taught at Wenger’s Hill School, Cowan’s Depot, the Bluff School, Timberville Graded School and Broadway Graded School. Every summer, she continued her education, finally receiving her full certification from the University of Virginia in 1913, twenty years after her first job.

With certification in hand, she accepted teaching positions in Charlottesville and Roanoke before returning to the Valley to teach at

The Training School in Harrisonburg. That next summer, Mr. W. H. Keister and Dr. Burress, President of the Teacher’s College (later Madison) invited her to teach summer school at the College. There, she met a fellow teacher who convinced Ada to move to New York to teach and at the same time study at Columbia University. After teaching in Leonia N. J. and taking supervisory courses at Columbia, Ada accepted a job as Supervisor of Schools in Garrett County Md.

Several years later during WW I, the Superintendent of Rockingham County Schools, Mr. John C. Myers, asked Ada to become the FIRST SUPERVISOR OF SCHOOLS in VA. She was assigned to two districts. Plains and Linville, at a salary of $1200.00 for eight months. The second year, Mr. Myers gave her only Plains District consisting of 12 one room schools, 10 two room schools, and 4 three room schools.