Home Columns Musings from the Woodpile

Musings from the Woodpile

by Tad
in Columnists, Featured, Musings from the Woodpile, Tad Williams
0
0
SHARES
0
VIEWS
Share on FacebookShare on Twitter 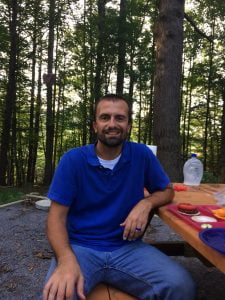 A Red-tailed Hawk took up residence this past week on the farm in Broadway. I have noticed it hanging out in trees at two different locations presumably looking for a meal. There were also several mockingbirds squawking and nipping at the hawk in a vain effort to make the hawk exit stage left. I approached the hawk the other morning keeping what I considered a safe distance in case it thought I was a threat and decided to sharpen its claws on my face. As I circled the tree I observed it moving its head to keep tabs on my location. It even moved its head around a tree branch so it could get a clear look at me. I decided to leave it to its business and strolled away.

Red-tailed Hawks are one of six hawk species in the state of Virginia. They are common throughout the state and are sometimes referred to as “chicken hawks” even though they rarely kill full sized chickens. Red-tailed hawks diets include rodents, other small birds, and reptiles like snakes. Female hawks are larger than their male counterparts and mating pairs do so for life. Two or three eggs are hatched a year but is somewhat dependent on available food in the nesting area. Hearing a hawk vocalize especially in the sometimes silent winter months is jarring. It is a majestic bird in flight as it glides with the wind currents and circles looking for a meal.

The other chance wildlife encounter I had recently involved cutting thistles. I was chopping thistles the other evening as darkness began creeping into the nooks and crannies of the pasture field. As the corn chopper sliced through several thistles I happened to look up and notice a small creature perched atop the board fence. I approached slowly and took a long look at this golf ball sized animal. Since the light was nearly vanquished for the day I wanted to make sure I was seeing what I thought was a small frog. I snapped a few photographs so I could identify it later. It appeared as though the frog’s front webbed feet were clasped together almost as though it were meditating on something. The frog remained statuesque for the few minutes that I observed it.

I believe the type of frog I observed that evening was a Gray Treefrog. Virginia is home to two types of Gray Treefrogs. They are the Cope Gray Treefrog and the Gray Treefrog. Supposedly the only way to tell them apart is by the call they make or geographic location. Gray Treefrogs are just that frogs that live in trees. During the mating season the males will begin calling females in a tree and as the evening progresses will move down the tree until encountering a mate near the water’s edge. During other times of the year Gray Treefrogs will be found hanging out on tree branches or moss covered fences. A few times they have been encountered in abandoned bird houses.

Both Red-tailed Hawks and Gray Treefrogs are beautiful creatures. Both spend a great deal of time in trees looking for food. Both use sophisticated mating rituals to attract a mate. One lays just a few eggs while the other lays hundreds. I am always grateful when I can encounter these animals in the wild and learn about what makes them unique in their own ways.

The Aquifer of God’s Love