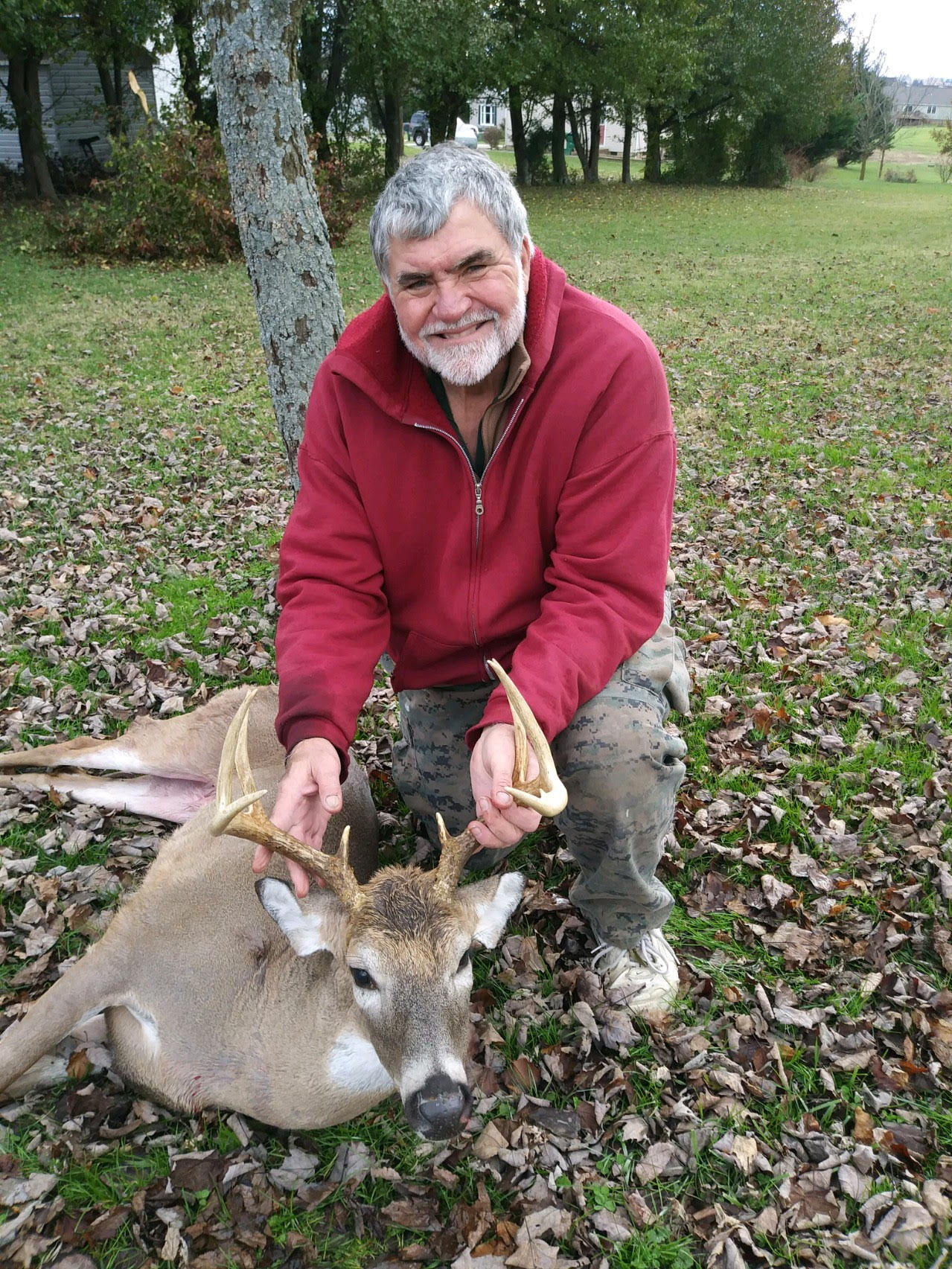 The roughest part of winter is pretty much over, so it’s time to start thinking about turkey hunting. When I was a serious hunter, my scouting would begin in early March. If you can locate gobblers before the season begins, you’re way ahead of the game.

Last spring, I shared a few turkey hunting stories that mentioned using my old double barrel. This month I thought I’d tell you more about my old turkey shotgun.

When I started turkey hunting, I didn’t own a shotgun and had no idea what to buy. I don’t remember if any specialized turkey shotguns were available at that time. Even if they were, I couldn’t afford one. After much thought I decided to buy a 12-gauge, Savage Fox Model B, double barrel shotgun that could handle 3-inch magnum shells.

Why not? The shotgun was simple, you could break it down to 3-pieces in a matter of seconds. Since there was no loading action, the overall length was fairly compact even though it had 28” barrels with full and modified chokes. It had double triggers so you had two shots that required no extra movement for that second shot.

A few improvements were needed. A sling is a must if you cover a lot of ground. On the double barrel it proved to be a difficult proposition, but I managed to make one that wrapped around the barrels and worked quite nicely. It was an easy gun to carry.

I prefer a peep sight. A good friend of mine at work machined a rear peep sight for the old double that worked perfectly. Later on, another friend painted the gun with a beautiful unique camo pattern that works well in the wild.

I have spent a lot of time in the woods with that old shotgun. In addition to turkey hunting, we used to do a lot of deer hunting in east Virginia where only shotguns using buckshot were legal. You could get a permit from lumber companies that owned thousands of acres of land. East Virginia counties allow dogs for hunting, so deer were always on the move. The Fox Model B was deadly with 00 buckshot.

However, there were a few negatives that pertained to the old double barrel. For one, with 3-inch magnum turkey loads, it kicked like a mule! It is true to the adage “kills on one end cripples on the other”! After the first shot it was like starting all over for the second.

Not only do you get a sore shoulder but also a barked trigger finger. With the double triggers, you pull the rear trigger for the full choke and the front trigger for the modified choke. With your finger between the triggers, the recoil drives the front trigger back sharply with enough force to skin your finger.
The other negative is the choke. Even though it’s a full choke, it patterns nothing like the extra full chokes we have available today. The shotgun is a proven game getter, but lacks the extra range that modern day shotguns provide.

Since then, I have bought a new short barreled, pump action shotgun, with an extra full choke. I even put a low power scope on it because my vision isn’t what it used to be. It shoots a much better pattern than the old double barrel. Unfortunately, so far it appears it was designed to only kill jakes!!

Maybe this year it will hammer a longbeard! If not, there’s always the old double barrel to fall back on.