If you never clapped erasers on a windy day or sat in a drafty classroom heated by a wood stove, here are some things you might have missed. The country schoolhouses in the 40s held some unique memories for those who experienced them. It was halfway between Little House on the Prairie and today.

Lois May Rhodes and her siblings attended the Orebaugh School on North Mountain Road in Timberville, Virginia. This two-room schoolhouse taught grades first through third in one room and fourth through seventh in the other. No one seemed to care that there was no “eighth grade,” and after seventh, you headed off to high school. Seated in a classroom with multiple grades, you could acquire knowledge of all subjects at once if you were diligent and observant. It was common for a child to skip a grade or two. Lois heard John Wallin’s Virginia History four times through her four years in one room. She could have answered all the Virginia History questions on Jeopardy with ease.

Children took turns each morning acquiring the daily water supply for each day. They would walk to a spring, a hardy walk from the school. Sometimes so much water splashed from the buckets on the trip that they had to return for more.

Their recess was plain and simple. Any game equipment came from home. In those days, almost everything purchased in the country store was placed on brown paper and wrapped in twine, but families saved paper and twine for other purposes. Winding twine tightly, you could fashion a crude ball for play. All you needed was a board for a bat. It worked for a while until that day when it soared into the air and unraveled before your eyes. You might manage to remake it or play a game that didn’t require a ball. Imaginations ran high, and numerous games involved sticks, stones, and empty cans.

The teacher would announce that they were taking a nature hike on a special occasion. A favorite destination was up Little North Mountain on Supinlick Ridge. Upon arrival, the students scattered in all directions, searching for anything interesting. Lois doesn’t remember the teacher being nearby, and the children taught each other. She recalled that another girl taught her to identify lady slippers, jack in a pulpit, and other wildflowers. It was an all-day outing. They ate their packed lunches brought from home.

Lunches were simple then, whatever they had at home. Some children would bring pancakes, called “flapjacks,” with pudding in the middle. Now, this was not a pudding as we think of today. It was a greasy mixture of cooked pork ends. Lois’s family wrapped their sandwiches in waxed paper and reused the paper as long as they could. Some mothers used newspaper to wrap sandwiches. A fried egg sandwich might leave reverse printing on the bread. One day a family of six brought in a homemade pie for lunch. Whatever they had worked.

After graduating from Bridgewater College, Lois was offered a teaching position at Cootes School in Fulks Run. She was only 18 when she started teaching. She had grades 3, 4, and 5 with a total of forty pupils. It was a big responsibility for a young lady. In cold weather, she tended the stove by dumping the ashes from the day before. Then she built a wood fire, adding coal to make it last longer. A pump outside supplied water. Children would help wash the blackboards and clap the dust from the erasers at the end of the day. She swept and oiled the classroom floor. Her salary was $150 a month.
|
A lunch option was now available at a small cost. Helen Carr would prepare a lunch like mashed potatoes and barbecue. There were no screens on the windows back then, and “the flies ate the food about as fast as we did.” Lois remembers her concerns about a boy who refused to eat anything except mashed potatoes. In the back of her mind, she feared he would starve to death, but later much to her relief, he became a strapping young man.

Lois taught in the Broadway schools for forty-five years. Through the years, she has touched the lives of many. She is a dear friend and a wealth of information to me. 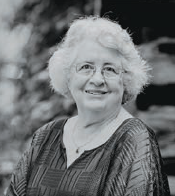