by Tammy Cullers
in Columnists, Columns, Community, Entertainment, Giving Back, Off Broadway Players, Tammy Cullers
Share on FacebookShare on Twitter

New Faces on the Off Broadway Players Board of Directors

The Off Broadway Players prides itself in offering consistently high-quality theatre to our audiences in the Shenandoah Valley. We could not do that without our volunteers. Among the most active volunteers are the members of our board of directors, a group of community members who donate their time to lead and guide the theater. 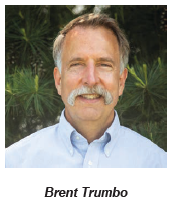 Brent Trumbo grew up in Broadway and still lives there with his wife Judith. Brent graduated with a Master’s degree in business and worked at Trumbo Electric for forty years, where he served as President until retiring two years ago. Brent also served Rockingham County as a District 1 Planning Commissioner and Supervisor. Brent and his wife are also members of the Harrisonburg Mennonite Church.

Although Brent doesn’t come to us with a background in theatre, he expects his business skills and community connections will further the mission of the Off Broadway Players, an organization that Brent feels is a great asset to our community. What Brent has to offer the Off Broadway Players is the perfect example of why a successful community theatre board must have a mix of people to include people who have business savvy as well as those who have an artistic background. Too many non-profits don’t survive because they don’t have people in leadership roles with business acumen like Brent. We are lucky to have him! 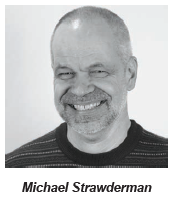 Michael Stawderman is originally from Broadway and now resides in Harrisonburg. After graduating from Broadway High School Michael attended Virginia Commonwealth University when he earned his BFA in Theatre Education. After graduating college Michael went on to teach theatre for thirty years at Thomas Harrison Middle School before retiring in 2021. Michael’s involvement in theatre began as a ninth grader when he was encouraged to audition for a small part. It was there he caught the “acting bug”. Ironically, that role was performed on the very same stage where the Off Broadway Players perform their productions, the J. Frank Hillyard Middle School. Michael knew, even in retirement, that he wanted to stay connected with theatre, especially being able to get back to his roots in doing so. Michael was especially drawn to the Off Broadway Players because of the exciting prospects that lie ahead in their future, especially regarding the development of the old Broadway School gymnasium into an state-of-the-art theater facility. Along with directing and designing, Michael would like to help market our community theater so that it will be seen as an invaluable asset to the Broadway community and recognized around the state for its quality productions. We are excited to have Michael’s creativity and talent on our board. 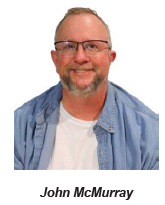 John McMurray has joined the board and is serving as our treasurer. John grew up in Harrisonburg and, after a number of years living in Tampa, Florida came back and acquired the house he grew up in, and, once again lives there. As a student he was so impressed by a high school drama teacher, our own Ron Smith at Harrisonburg High, that he wanted to teach high school drama. He went to the University of Evansville to study theatre and education. He wasn’t ready for the independence of college life and left after a few semesters. He then began a lifelong interest in restaurant work, eventually moving back to Harrisonburg, getting married and making a career in restaurant management. After getting married and having a child, he felt he couldn’t impress upon a child the necessity of education if he hadn’t completed his own. So, because both of his parents taught at JMU, he decided to go where no one would know me…EMU. He graduated with a B.S. in Management and Organizational Development. John has run several multi-million dollar businesses and understands that money needs to spent to put on productions. As he puts it, “There are sets, costumes, scripts, theater rent, insurance, and many other expenses. Having a business background, I also understand budgets. While dreamers dream big, it is also important to give them parameters to work within. However, it is important to encourage dreams. Plays affect people. They are supposed to do that. Plays are an art form. Some will make you cry, others make you think, question, or laugh. Television and movies are entertaining. But, live theater (where it all began) is captivating. The spectacle of real people in front of you, acting out a story draws you in along with the crowd around you. Theater is important”. We are so grateful to have John on our board with his love of theatre and extensive business background.

We are thrilled to have these remarkable new board members take leadership roles with our organization and know they will positively affect the future of the Off Broadway Players!