The Secret of Immortality

The concept of living forever has been a yearning of mankind for a very long time. The quest to finding the so called “fountain-of-youth” or the Biblical “Tree of Life” has been an obsession for many centuries as men seek to find a cure to stop the aging process. In the early 1500’s, famed Spanish explorer and Conquistador, Ponce de Leon was said to have searched the Florida coast looking for the eternal fountain of youth which was rumored to be there. Herodotus, a 5th Century Greek Historian and Geographer was said to have mentioned in his writings of a special kind of water that was in the land of the Macrobians, an ancient Somali tribal Kingdom, that gave them exceptional longevity. Back in the 12th Century, there were rumors of a hidden Christian city somewhere in India or Ethiopia ruled by an immortal African King named Prester John, where there was supposedly a fountain in this city that restored the youth to anyone who stepped into it. Finding this city became an incentive of the European explorers of the African coast. And the search for immortality continues on to this day, though many are turning more to science to try to resolve this.

Cryogenics seems to be the latest phase of the search for longevity and has become more popular. Cryogenics is the science of freezing the body in low temperatures for the preservation of living tissue. There are people who have had their bodies frozen upon death in cryogenic chambers in the hopes that they will be awakened by some future scientists who will be  able to restore them to life and give them more years to live.

Yet the search for immortality will be one that will never be satisfied or discovered by human endeavors, science, or any other efforts of humanity despite all their best attempts because immortality is not found in a secret fountain that restores ones youth or a mystical city. And it certainly will not be found by scientists in the future who will come up with a cure for the aging process. Why? Because immortality is found in a Person and that Person is Jesus Christ. The Bible says this:

“For God so loved the world, that he gave his only Son, that whoever believes in him should not perish but have eternal life.” (John 3:16 – ESV)

God is the only One who can provide fallen mankind with eternal life and that only through the acceptance of His Son, Jesus Christ, who can bring us into Salvation by believing in Him and trusting in the work that was accomplished on the Cross of Calvary by His death, burial and resurrection.

In the very beginning, when God created mankind made after His image and likeness (Genesis 1:26-28), humans were created to live forever. Adam and Eve not only enjoyed the joy of  unbroken fellowship with their Creator, but had a perfect world they lived in with the task of tending the Garden of Eden, a paradise created by God Himself. In the midst of this Garden were two Trees. One was the Tree of Life and the other was the Tree of the Knowledge of Good and Evil. Of any tree in the garden, they were told they could eat the fruit of it, except the Tree of the Knowledge of Good and Evil.  Everything created by God was in perfect harmony until the fateful day they decided to do the very thing that God told them not to do, and that was eat from the Tree of the Knowledge of Good and Evil. Once that was done, sin entered the world, and the intimate relationship that men had with God was broken. Humans were then subject to a “fallen” state and in that state, God would not allow His creation to live forever as fallen human beings. The Scripture puts it this way:

“Then the Lord God said, “Behold, the man has become like one of us in knowing good and evil. Now, lest he reach out his hand and take also of the tree of life and eat, and live forever—” 23 therefore the Lord God sent him out from the garden of Eden to work the ground from which he was taken. 24 He drove out the man, and at the east of the garden of Eden he placed the cherubim and a flaming sword that turned every way to guard the way to the tree of life.” (Genesis 3:22-24 – ESV)

Imagine, living forever in a fallen, corrupt state. What would the world look like? There would be non-stop rebellion, evil and violence that would never end! This is why God couldn’t allow it and why, consequently, there will never be a discovery of human created method of immortality. God alone is the sole giver of eternal life. The good news is that He did provide a way for man to be restored back to fellowship with Himself by sending Jesus Christ into the world to destroy the works of the devil (1 John 3:8) and to provide Salvation and eternal life to all who believe on Him. Here’s what the Bible says:

“ For the sin of this one man, Adam, caused death to rule over many. But even greater is God’s wonderful grace and his gift of righteousness, for all who receive it will live in triumph over sin and death through this one man, Jesus Christ. Yes, Adam’s one sin brings condemnation for everyone, but Christ’s one act of righteousness brings a right relationship with God and new life for everyone. Because one person disobeyed God, many became sinners. But because one other person obeyed God, many will be made righteous.” (Romans 5:17-19 – NLT)

Yes, there is a fountain of youth where the waters of life flow freely, but not through any human resource, but through the Lord Jesus Christ Himself. Here’s what He said about it:

“But those who drink the water I give will never be thirsty again. It becomes a fresh, bubbling spring within them, giving them eternal life.” (John 4:14 – NLT)

Salvation through Christ and Christ alone will guarantee you eternal life, a surety of going to Heaven and most important of all, a restored relationship with God the Father which was always His heart.

It is true, that until Jesus returns to this world to rule and reign in His 2nd coming as He promised, we will, in this life, grow old and die as the Bible says that it is appointed to men once to die, then after that, judgement (Hebrews 9:27). But the good news is that when we do, the Apostle Paul in 2 Corinthians 5:8 wrote this: “We are confident, yes, well pleased rather to be absent from the body and to be present with the Lord.” (NKJV) Then, when he does return, we who have been “born-again” and belong to Jesus, our physical bodies will be resurrected to be with the Lord forever. Here’s what the Scripture says:

1 Corinthians 15:50-53 – (NLT) – What I am saying, dear brothers and sisters, is that our physical bodies cannot inherit the Kingdom of God. These dying bodies cannot inherit what will last forever. But let me reveal to you a wonderful secret. We will not all die, but we will all be transformed!  It will happen in a moment, in the blink of an eye, when the last trumpet is blown. For when the trumpet sounds, those who have died will be raised to live forever. And we who are living will also be transformed.  For our dying bodies must be transformed into bodies that will never die; our mortal bodies must be transformed into immortal bodies.

Wow! Our dying bodies will be transformed into immortal bodies. Imagine, a body that will never grow old, will never die, will never get sick and will never feel pain and heartache again. What a glorious promise to all of us that belong to Him!

So, I would encourage everyone to pray for those around us who are searching for answers and not to pass by an opportunity to share the hope that is within us, that Christ came into this world, lived a sinless life, died for our sins and was raised again from the dead. And now has provided a way of Salvation for us and the promise of eternal life. You don’t have to arrange for your dead body to be placed in a cryogenic chamber or search the world for the fountain of youth to live forever. Jesus Christ has provided a way of immortality and eternal life through Himself! May this truth sink into us! 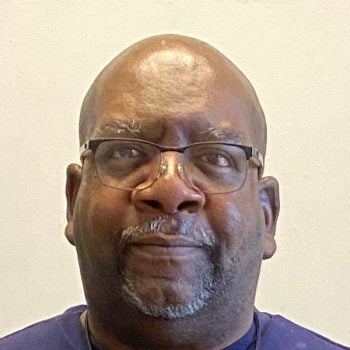 Ken West Jr. is a former Long Islander now living in Broadway, VA with his wife Joni. Married 30 + years, they have 4 children; Kenny III, Rachel, Joseph and Gloria. Ken has been working in Information Technologies for over 35 years, is an author and loves to read and write. He and his wife Joni are also very active with their church, Cornerstone Church of Broadway. You can reach him at kenjwest2@gmail.com.