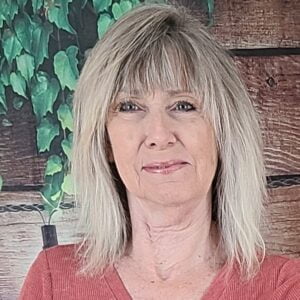 Life is full of moments – funny, scary, embarrassing, routine. I had shared one of those moments on my Facebook page, and Tammy encouraged me to share it here. At the risk of public mortification, here is one of those moments! When I first started keeping chickens, Mr. Green Jeans built me a chicken tractor for my 4 “starter” chickens- it’s a coop that can be moved around- really sturdily built. Eventually, we moved on to having several large stationary coops, as I got more chickens. We can walk in them, and they have huge runs for these spoiled chickens. My grandson gathers and sells the eggs, and each chicken has a name. The tractor coop was then refashioned, with legs added, to house my rabbits.

When the last rabbit died of old age, the cage sat vacant for a while. Until, I had the bright idea to turn it back into a coop. I had let two of my broody hens try to hatch their own chicks, because my daughter wanted chickens at her new house. That was semi successful, since one hen did not have the mothering skills of a serial killer, so we were down to one hen and the eggs. Ash successfully hatched 4 silkie/Brahma cross babies, and we moved her and her babies from the large dog crate on my deck into the chicken tractor/rabbit hutch/chicken nursery coop. This cage is sturdily bult –VERY sturdily built! It is 7 feet long, 4 foot wide, and 4 foot tall (not including the legs) Inside there is a ramp going up to the inner coop. Anyway, one evening, a bad storm was approaching, so I ran outside to close the babies and Ash up in the inner coop.

I had a hard time with the latch on the inner coop door, and had to climb in the run portion to reach the latch. Wouldn’t you know, at that very moment a huge gust of wind came along and slammed the freakin’ run door shut- with me inside! Just when I though my day wasn’t complete!! will spare you the epithets that left my mouth…..my grandson was inside watching tv – his parting words to me were “hurry, Grammae, and don’t get struck by lightning!” Trying not to lose my s**t, I tried gerry rigging something to reach the outer door lock.

My fingers could reach through the top of the door, but not enough to reach that darn lock! I tried kicking the door out – fortunately (or unfortunately for me) Mr. Green Jeans is a good builder/woodworker and built quite the sturdy and impenetrable cage! Just the other day, Callen had been a##me about a safety “loop” that Pops had made years ago, for just this occasion. After oh by byinspecting it closely, Callen moved it. Figures. All I could think about, was how long would it be before Callen noticed that Grammae didn’t come back inside (too long), how soon was that storm going to hit, and how long would my bad back hold out, sitting scrunched up in a 2 foot by 4 foot space, and how calm could I stay until someone came home! When all my attempts at escaping failed, I took a deep breath and said to myself, “Callen, WHERE did you put that safety loop?”

As if by magic, or the grace of God (I swear it wasn’t there when I was looking) I glanced over and saw it hanging from the wire on the OUTSIDE of the cage! Whew! I carefully pulled it inside, and held it tightly as I slipped it through the crack and unhooked the lock. Freedom!! That 15 minutes in a cramped lockup felt like a lifetime!! I clambered out, secured the cage, put the safety loop back, and ran between raindrops and thunder to the house. I asked my grandson if he missed me – he didn’t realize I had been gone that long – being in “the zone” watching tv will do that to a kid! though it was pretty funny!  I felt like I needed a drink after that – so a calming cup of herbal tea, curled up in my chair watching the storm, did the trick!

Although, I still have nightmares about being locked up! LOL Mr. Green Jeans always tells me to carry my phone when I go to the barn – in case something would happen! Guess I learned my lesson! So, there you have it! The day is NOT complete, unless you get locked up in a tiny space in a coop with the chicks in the midst of an impending thunder storm! Other than that, all has been well at Mountain Meadows this month….

Tags: The view from here