by Pat McNally
in Columns, Editors, Pat McNally, The View From Here
Share on FacebookShare on Twitter 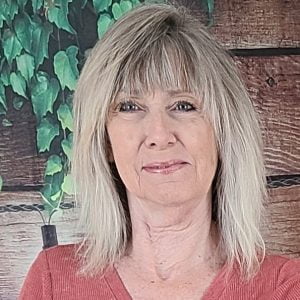 As summer slowly turns into fall, it seems like this year it has gone oh so much more quickly. Is it because I am getting older, or does time just fly?
Other than trips to the pool and the parks with my grandson, our life this summer has basically been a staycation!
One thing we did do, was to discover a little gem right in our midst. I had driven by this place many times, just thinking it was an interesting stone building, maybe once a gas station, and later hearing from a friend that it was a wedding venue. One day, scrolling through Facebook, I saw a post from Melrose Caverns. So that is what that place is!
My grandson had gone to the Grand Caverns this summer, and I had taken my kids, when they were small, to the Luray Caverns. Melrose definitely sounded like it was worth checking out. Of particular interest, was its connection to the Civil War.
Melrose has the distinction of being owned by the same family since 1748, prior to the Revolutionary War. Descendants of the Harrison family continue the legacy.
The caves were used as a hideout for Union soldiers during the Civil War, and as you take the tour, you can see where they left their mark.
Except for adding lighting, the cave remains pretty much as it was back then.
Our tour guide was quite knowledgeable and personable. Of course, as in most caves open to the public, touching of the walls is not allowed- the oils from hands can degrade the cavern over time. The etchings and writing of soldier names are still intact after all these years.
According to the tour guide, the original entry the soldiers used was a tiny hole they had to crawl through, one by one, carrying their supplies and munitions. This single, narrow entry kept them safe from the enemy. Today, access to the cave is through a large black vault door, that can only be entered through the stone event hall.
At times 60 feet below the surface, you feel like you are stepping back in time. The names of soldiers are preserved forever, etched with daggers, bayonets, or written in charcoal from the red hot barrel of a rifle.
My 6 year old grandson was entranced, and the stalagmites and stalactites were fascinating to children and adults alike. We saw where the soldiers slept, the large rock formations where they had target practice, and the holes where they put the torches. It would be interesting to research some of the names on the walls!
A favorite for my grandson, and the adults with him, was the sluicing trench out in front of the main building. My little rock hound had great fun sifting through his bag of rocks to see what treasures washed out. Grammae didn’t leave empty handed either, as a treasure trove of rocks and crystals are available for purchase inside the gift shop.
So, as summer slowly fades away, memories of campouts, river play, playgrounds, lawn parties, fairs, and trips to parks and the pool, will not be forgotten. My grandson starts first grade and is looking forward to seeing all his friends together again.
Fall festivals are beginning. You can find The Chimney Rock Chronicle at the September 10th Broadway Autumn Festival and Antique Car Show, 9am-3pm. Drop on by, we will be near the front of J&B Country Store. Meet some of our writers, and give us your story ideas. We will have past issues of the Chronicle, in case you missed an issue. They are all keepers! In addition, there will be a donation jar, if you feel so inclined, to help keep our little paper afloat. The Chimney Rock Chronicle is totally a labor of love, none of us are paid- the cost of publishing the paper is carried solely by subscriptions and advertising. Some months we barely squeak by. Tammy and I will welcome your advertising, and your donations. We, and our talented writers, love putting out the paper and sharing our stories every month!
As we march into fall, all is well at Mountain Meadows this month…….