We are Sam and Kim Wilkins and we are retired full time RVers in search of 70 degree weather. Our home is now a 42-foot fifth wheel.

We sold our home and more of our belongings in order to see what this great United States has to offer by way of beautiful scenery. Along the way we have met some of the nicest people.

Before leaving Kerrville TX, we were also able to visit Luckenbach TX on the spur of the moment, it was a surprise that we were that close and able to see where Willie, Wallen and the boys had played.

We also took a day to visit the Alamo, this historic landmark had lots of artifacts to admire.  The iconic structure, which was a church, provided lots of facts you don’t really learn in school.  The 1836 battle sadly took hundreds of lives.  The preservation and addition of many memorials to soldiers from all over the country was humbling.

We took a stroll on the riverwalk as well.

While heading to our next sight I took the opportunity to drive our rig since we were on flat and straight TX roads.  It wasn’t as terrifying as the first time I drove while pulling our last fifth wheel camper but I did not have to make any wide turns, for now I will leave that to the professional driver!

Our next stop was Livingston TX where we are members of a mail forwarding company and this is where their headquarters is based, they also have a campground so we spent a few nights there. We were able to pick up our mail and see how the process works. They have been handling our mail since we went full time RVing in November of 2020.

From there we traveled to Las Cruces New Mexico to a nice KOA and visited White Sands National Monument where there is 250 square miles of sand dunes, very beautiful, and we were able to borrow sleds from the campground and slide down the dunes.  It was so much fun and I felt like a kid again!

Then we visited Benson AZ where we were able to go through Saguaro National Park (I love getting my National Park Passport stamped for every one of these NPs) and there were so many saguaro cactus different shapes and sizes.  I was overwhelmed with their beauty. 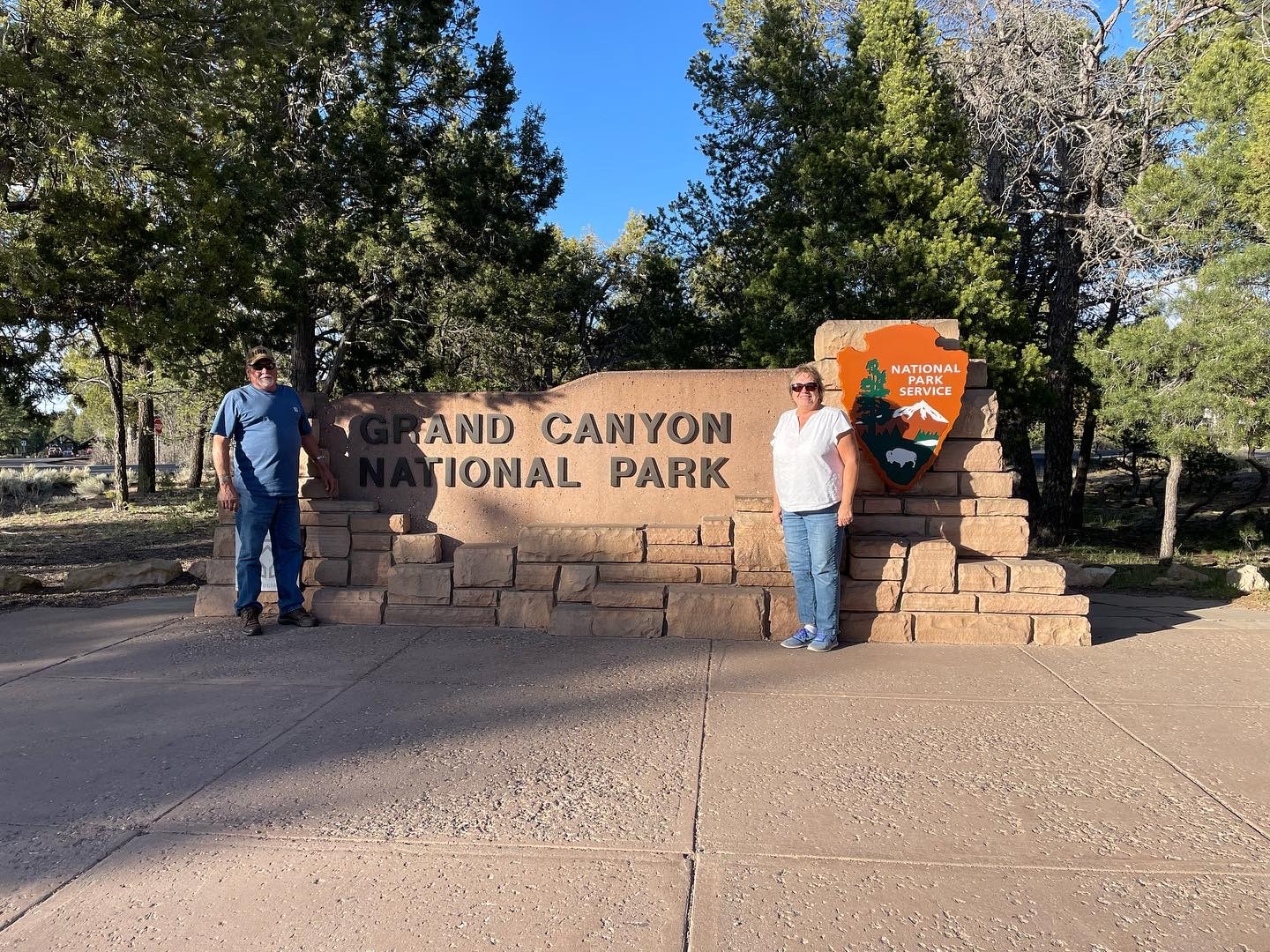 We also visited Tombstone and watched a reenactment of the shootout at the OK Corral.  For those of you who are friends with me on FaceBook I recorded the entire reenactment and posted it. We took a stagecoach ride and saw where Wyatt Earp and Doc Holiday lived when they stayed in Tombstone. The original Bird Cage Theater, built in 1881, is still standing.  Right down the road was Boot Hill where many residents, including Sheriff Fred White, are buried. What a thrill.

Continuing West we found ourselves in Quartzsite AZ.  There was lots of history and sights there like the original jail and county courthouse. There are many rock and gem stores as well.

When we left there, we were signing “California here we come” although that wasn’t where we “started from”. I was able to spend quality time with a first cousin of mine who I hadn’t seen in over 50 years along with her family and mother.  We had a wonderful time catching up and enjoying meals together.  I saw so many pictures I’d never seen before as well as stories I hadn’t herd.  Spending time with family is the best way to enjoy life!

We traveled to Torre Pines State Preserve where Sam and I were able to dip our feet in the Pacific Ocean for the first time ever, it was cold and there were no sea shells, only rocks.

We saw our fist roadrunner but no coyote behind it.

After saying goodbye to family, we drove across The Grapevine. We had fun looking up an old trucker song “Hello I’m A Truck” that sings about The Grapevine.

When we got to the bottom we stayed at Tulare CA where we visited Sequoa National Park and the beautiful trees, the world’s largest tree is there, the General Sherman. We saw the third largest tree, the Sentinal.  There was a fire last year burned 10% of these majestic trees but the fire service was able to save most of them including the most famous ones.  We also climbed up Moro Rock, well Sam only got halfway up before he decided he’d just wait for me to finish, and I climbed to the summet, 6,725 feet, and saw some of the most breathtaking views.

We saw some very deep snow on some of the dark side of the mountains, glad we don’t have to shovel that.

From there we stopped in Las Vegas Nevada where I had the pleasure of meeting a first cousin for the very first time.  He met with us on Fremont Street, it was the first time for us, and we had fund people watching there.

The next day we took a tour bus to the West Rim of the Grand Canyon. Taking a tour bus limited the amount of time seeing the canyon but we were in awe of what we did see.

The next stop was Williams AZ where we were able to travel an hour to the South Rim of the Grand Canyon, this rim included so many more views.  We rode on the trollies and there were so many stops that showed such spectacular views, pictures cannot do them justice.

Today we are in Amarillo TX and will continue East toward home.

This month’s article includes so many experiences and just typing them it is hard to comprehend just how blessed we’ve been to see all of this. God has guided us the entire way and we give Him all the praise and glory to allow us this much joy.

Blessings to each and every one of you.  Until next time. 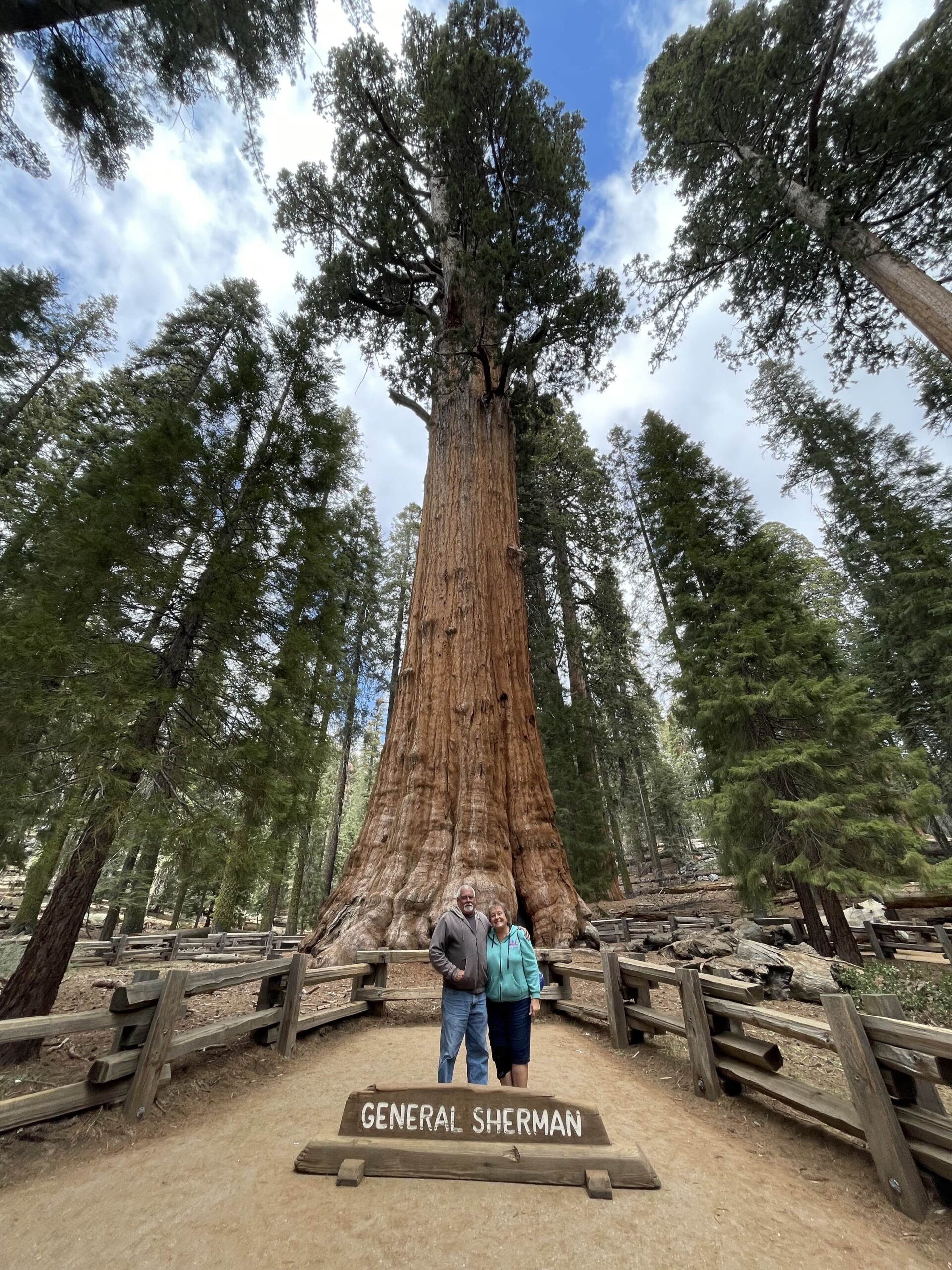 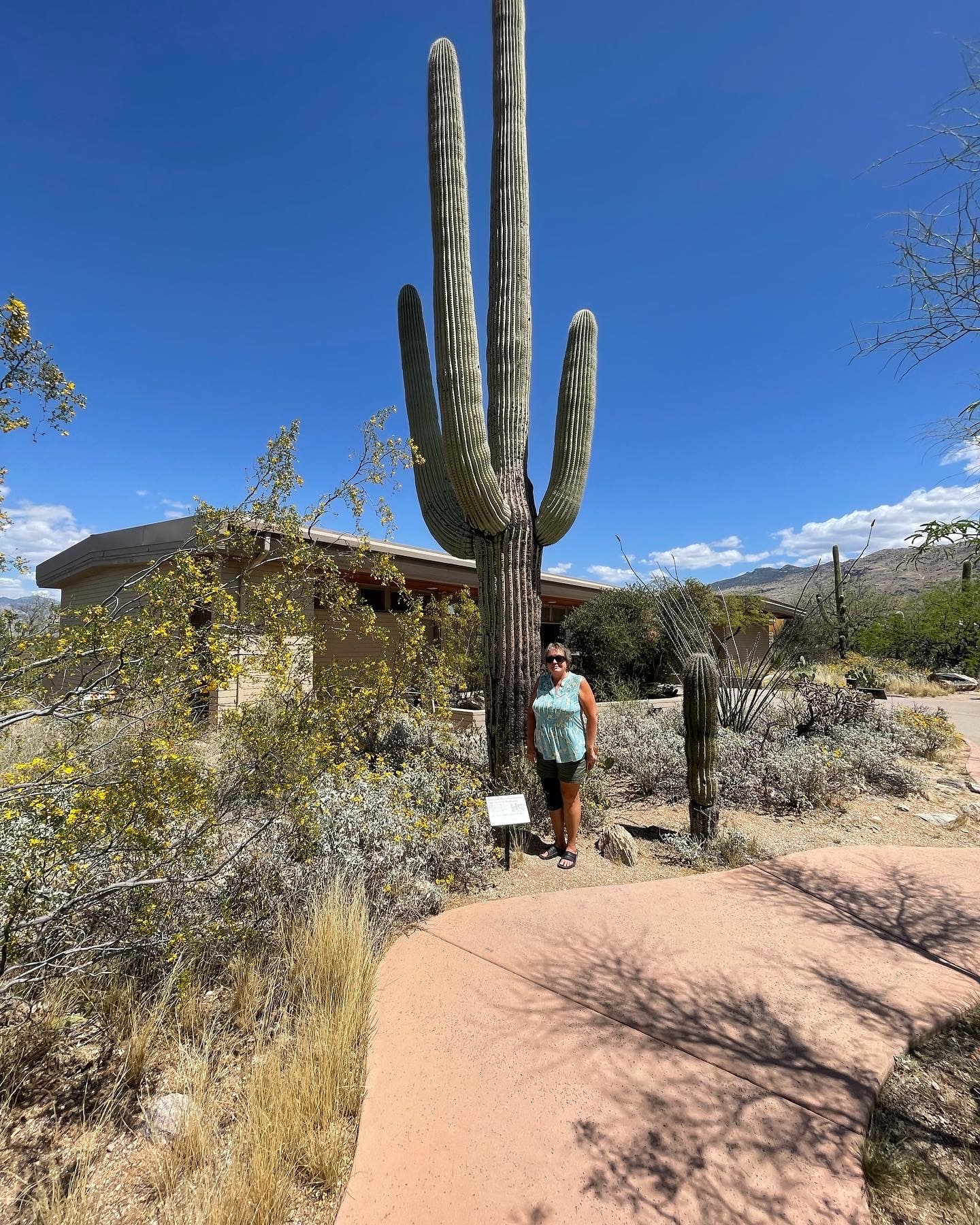 We are Sam and Kim Wilkins and we are retired full time RVers in search of 70 degree weather. Our home is now a 42-foot fifth wheel. We sold our home and most of our belongings in order to see what this great United States has to offer by way of beautiful scenery. Along the way we have met some of the nicest people.