Zoorama: An Animal Exhibition in the Shenandoah Valley 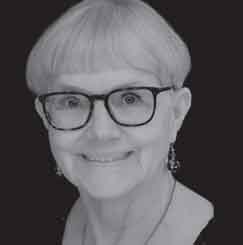 When the Farm at Court Manor south of New Market, Virginia, on Route 11, opened a corn maze in the fall of 2021, they paid homage to Zoorama, a local zoo that was located nearby by using the Zoorama name and a zebra head when advertising the maze. The peanut shape of the corn maze was the shape of the Zoorama Limited miniature train track in the 1960s.

Zoorama opened in 1959, according to an article in the Philadelphia
Inquirer on March 6, 1960. The Inquirer article opens “The United
Nations of the animal world, a new zoological attraction in the heart
of Virginia’s Shenandoah Valley, has opened its first full season with 225 delegates from the world over.” The article notes that the 80 acres of Zoorama housed “67 species of animals from 23 nations.” The daughter of the gentleman who along with some friends developed Zoorama, talks about it in her Love Notes from Diane L. Haworth blog in “We Bought A Zoo” published on March 5, 2015. Diane notes that she doesn’t remember much about the zoo except the animals and “the train we’d ride in that circled the park. Because I was only three, the details are faint but the feelings are still strong.” Diane includes a photo titled “Daddy and I enjoy the Zoorama train – 1960” and another titled “Me at the Zoorama ‘petting zoo’” showing her with one of the animals.

The Inquirer states that Zoorama was visited by more than 50,000 people in 1959, even though the opening was delayed, and that it was one of the “largest privately-owned groups of hay and grain eating wild animals in this country.” From looking at vintage flyers and advertisements, one can see that Zoorama was divided into different areas. Some publications mention two areas: “Young MacDonald’s Farm” and “Circusland.” Another mentions three habitats: Indian Plains, African Veldt, and North American Plains. One has a map which shows restaurant stands, and a picnic area; also Virginia City – “to be completed in the near future” is also on this map.

According to the Inquirer, “36 large enclosures were constructed.” The Indian Plains had eight enclosed acres for the animals from India (antelope, water buffalo, deer.) The African Veldt was a larger fenced are with bluegrass for animals including giant African hippopotamus, wild sheep and more. Animals in the North American enclosure were bison, wapiti, and white-tailed deer. The article also notes that Circusland displayed monkeys, cats, and smaller animals in “1920-vintage circus coaches.” And Young MacDonald’s Farm, a complete miniature farm, had pony rides, tractor pulled wagon rides, carousel rides and the miniature train (Zoorama Limited.) The Zoorama manager V. D. Rider, Jr. added a tame animal compound after visitors requested an area where children could “feed and coddle lambs, goats, ponies, deer and dwarf donkeys.”

Today we would call it a petting zoo! A black and white advertisement that Ms. Haworth found along with other items from Zoorama in her father’s papers encouraged visitors to “Schedule your safari NOW and receive free season admission ticket – plan several visits admission free through 1960” in “an 80- acre Zoological Playground for the Entire Family.” The ad says “Join our white hunter guide on a conducted safari tour as he explains the curious habits of the giant hippopotamus, the giraffe, zebra, okapi, kangaroo, buffalo, llama plus 64 other species from 5 continents plus 64 other species of strange animals from 5 continents.” It also mentions “five exciting rides.”

In her blog, Ms. Haworth noted that Zoorama “was pure magic for me. Not so for my parents.” She learned that although Zoorama attracted visitors from all over the East Coast, but when Interstate 81 came through the Valley just a few years after her parents’ investment, tourists did not travel Route 11 as much and her dad told her I 81 “killed the business.” She recalls that they no longer visited the animals, and her dad spent a lot of time in meetings and phone calls. Zoorama had closed to the public. Later, her mother told her that her dad had spent many hours calling zoos and sanctuaries all over the United States trying to find homes for the animals. Ms. Haworth said “Evidently, it was a huge financial mess for my parents. Only years later would Dad even talk about it.” Zoorama: An Animal Exhibition in the Shenandoah Valley By Karen Whetzel

Some local schools took students to visit Zoorama. The only thing I recall about visiting with a school group (not my school, I went with my cousins’ school!) was eating lunch in the picnic shelter. My husband Jon recalls riding the train which he loved, and getting bit in the stomach by a pony, which was not as much fun. Travelers on Route 11 this year have reported seeing zebras in an enclosed area near Tenth Legion. Some of the original buildings made for Zoorama are still standing although in disrepair. These building are barely visible from
Route 11 or Interstate 81 south.

Perhaps the remains of old buildings, the zebra sightings and this fall’s corn maze at The Farm at Court Manor which will have a Zoorama theme again this year, will evoke memories of a place  where children (and adults too) could find pure magic back in the day!

Where Do You Find all this Wood?