You don’t hear much about the American Revolutionary War. Unlike the Civil War, there weren’t battles in Rockingham County, and as far as I know, enemy soldiers didn’t march through Brocks Gap or steal our horses. But our Brocks Gap relatives and neighbors were no shrinking violets. They fought all over the colonies—from Massachusetts to South Carolina and more. They enlisted, were drafted, protested, sold food to the army, fought on the wrong side, scouted—much more than I had imagined. You could write a history of nearly the entire war, just by following the service records of Brocks Gap men.

Decades after the war, the federal government finally provided pensions for veterans. Pension applications for the following men described their service. Certainly, other local men served as well but did not live long enough to apply for pensions.

Jacob Custer was drafted in Capt. John Riddle’s company in spring 1775. He marched to Boston where he was present at the battle of Bunker Hill. About 1777 he served in a campaign against Indians in Ohio.

John Cain whose family lived near present-day Riverside church, was a militiaman who helped protect a settlers at Nutters Fort in present Harrison County, West Virginia. He also scouted and spied.

Adam Bible Jr. whose farm was off Dull Hunt Road, Dry River area, enlisted about 1775 for two years, when he was about 17 years old. He served in the 8th Virginia Regiment which was led by Col. Peter Muhlenberg. Muhlenberg is the Lutheran minister at Woodstock who preached a sermon about “to everything there is a season.” When he came to the verse, “and a time of war” he threw off his minister’s robe to reveal his Colonel’s uniform. Men rushed from the church to enlist with him. Bible may not have enlisted on that day, but he served in Charlestown, SC and was in the battles of Brandywine (1777) and Germantown, PA (1777). He spent the winter at Valley Forge where he was discharged Feb. 8, 1778. (Do you know that cattle from Hardy County sent to Valley Forge kept the army from starvation that winter?

Thomas Beggs of Fulks Run was a militia captain from 1778. In 1780, he died in Petersburg, VA of camp fever.

Jacob Zetty of Fulks Run was drafted by the militia in 1781 to pursue the British from Charlottesville when British General Tarleton was trying to capture Governor Thomas Jefferson.

Richard Custer Senior from Dry River enlisted in early 1781 and fought at Richmond, Williamsburg, and Hot Water Plantation. Richard’s cousin Joseph Kester [Custer], his brother-in-law William Bryan, James Bean from Fulks Run and Henry Whetzel of Bergton also served at these places. Richard volunteered a second time and served with Henry Whetzel and Jacob Custer against the Indians at Warricks Fort (Pocahontas county) on the head of Greenbrier for three months.

Capt. Conrad Humble, first cousin of Richard Custer, took his militia company to the Greenbrier country to guard the frontier for three months. At the end of the war, Humble moved to Kentucky.

Michael Baker was a wealthy landowner in Riverside Church area. He was appointed militia Captain in May 1781 in place of Capt. John Fitzwater. My cousin said that he served at Cowpens, SC when British General Tarleton was defeated.

Christian Caplinger of Criders was drafted in 1780, serving under Col. Muhlenberg in South Carolina for 3 months. In 1781, he was drafted again and immediately marched to York Town, VA where he served during the siege and surrender of Lord Cornwallis (Oct. 19, 1781).

Michael Moyer lived off Crab Run at Bergton. Drafted into the militia in 1778, he and neighbor Henry Whetzel served in McIntosh’s Campaign with the objective of capturing Detroit. It failed, and Michael was discharged shortly before Christmas. After Cornwallis’s surrender in 1781, he was drafted and eventually marched to Winchester to guard some British prisoners for three months.

Henry Whetzel of Bergton was drafted about the same time as his neighbor Michael Moyer. During the MacIntosh Campaign in western Ohio, he helped build Forts McIntosh and Laurens on the Ohio River. Drafted a second time, Henry served with Richard Custer at Richmond, Williamsburg, Hot Water and James River. His third tour took him and Custer to Warrick’s fort at the head of Greenbrier for three months.

From Bunker Hill to the surrender of Cornwallis, Brocks Gap men were present at decisive moments in our nation’s struggle for independence. After the war, the Zettys, Beggs, and Cains, were among first pioneers in newly opened western lands, like Kentucky and Indiana. 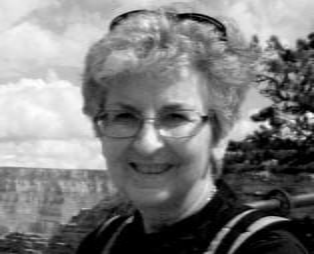