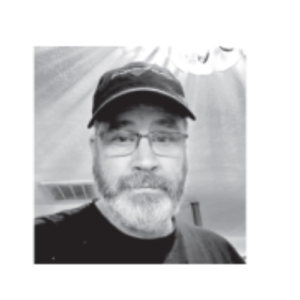 Baseball has been called the National Pastime. In 2022, it can be argued that the NFL, NBA, and even College Football have eclipsed Major League Baseball in popularity. I respectfully disagree. Baseball is still my favorite sport. It has been a part of my life since I was old enough to comprehend it. In my house, there was always sports  on the television. My father watched all types of sporting events, and he shared the love of baseball with both of my grandfathers.

Some of my earliest memories have revolved around a bat, a ball, and a glove. I played catch with my father very early on and was given instruction in front of the TV and when he and my grandfather would take me to Harrisonburg Turks games. They would explain in detail what was happening on the field. The strategy and many nuances that go on in a baseball game was a lot for a rambunctious 5-year-old with a short attention span to focus on. I was a very willing student though.

My grandparent’s newsstand on Water Street in Harrisonburg was a short walk to Memorial Stadium beside the old Harrisonburg High School where the Turks played. My grandfather, being a frugal man, never paid the one-dollar fee to gain entrance into the stadium. We stood on the sidewalk and watched for free from there. The only time we got to go in and sit down was when the Daily News Record included a coupon for free family admission. Still didn’t get any peanuts or Cracker Jacks, that would have been far too extravagant. I was introduced further into baseball by my neighbors that lived a few houses down from me. These guys were all older, but I was able to impress them by knowing how to read a box score at the age of 5.

oh They had an elaborate setup of bats, tennis balls, and a homemade backstop that had a strike zone spray painted on it. The tennis balls were used instead of real baseballs because of the dimensions of the backyard and
because you can’t break windows with a tennis ball. I tried to join in the best that I could, but I had two things hindering me from being much of a participant. The first thing was obvious, I was five and they were nearly teenagers. The second thing was the lazy eye that I was afflicted with. With only one good eye, the depth perception that is needed to snag a fly ball was greatly compromised and I struggled to catch.

The tennis balls did a lot less damage to my face than the baseballs in farm league did. Fortunately, my good eye was facing the pitcher as a right-handed batter, and I became a pretty good hitter. All the fastballs I got from the older boys really helped me out when facing the much slower pitches in Farm and Little League. One memorable game in Little League was when we faced Singers Glen and found out the starting pitcher was a girl. She was pretty good except when I came to the plate. Made it up to bat four times in the game and was hit by a pitch in all four at bats, the last one right in the shin. Maybe she didn’t like being heckled by the He Man Woman Haters Club contingent from our bench. Why was I the only one to get drilled though? Maybe she liked me? Never did ask but I did yell at her to stop hitting me as I was rubbing my shin. There is another reason for my obsession with baseball. My neighbors down the street also introduced me to baseball cards.

These wonderful pieces of cardboard would have a picture of the player and the team they played on but most of all, it would have the players statistics on the back. Pre technology, this was the only place you could get that information. There is no other sport as statistics driven as baseball. You can measure players across 120 years of the major leagues with them and identify the all-time greats. In the mid 70’s, collecting baseball cards was not the multi-billion-dollar industry that it is today. You would open a pack and see if there were any players that were on the team you rooted for or the superstar players of the day. They were put in bicycle spokes to make a cool sound or at best thrown in a cardboard box. They didn’t immediately go from the pack to an array of protective sleeves and immediately put up somewhere in the hopes of being valuable enough to purchase a house in a very nice part of town.

Soon I was scrounging up what money I could get my hands on to be able to purchase cards at 20 cents a pack. The main way to make money in the mid 70’s was to search the ditches around the house for glass bottles that paid a dime a piece when you turned them in. I had a bicycle that I pulled a wagon with and loaded up the bottles that were found. It was long climb up a steep hill to the Pineville store. I would trade the deposit bottles for cardboard gold. The very first pack of cards I bought was 1976 Topps and I pulled a Hank Aaron in his last
year in the majors. It’s beat up but I still have it. Once I found out that my grandma’s newsstand sold baseball cards, I started helping her around the store in exchange for packs.

My friends were very envious of the fact that I was always the first person to have the new year’s cards. Every April 1st  was new release day. My grandma gave me a 36-pack box every year she had the store. Looked
forward to it for months. I worked for it though. Learned more about  math on that old mechanical cash register waiting on customers than I ever did in school. Novelty News was a kids dream. There was a whole wall of comic books, lots of toys and gag gifts, and most of all, the giant candy display case that had everything imaginable. My grandma also taught me how to run a promotion. The tootsie pops that she sold for 10 cents each has design on each wrapper. If there was a full Native American shooting an arrow on it, you got a free one. She figured that 1 in 10 wrappers had the winner. Sold lots of tootsie pops that way.

Hopefully, this will become a monthly column if there are readers out there that are interested in baseball stories from a novice writer. There is a wealth of material I need to get out of my frontal lobe and into print. It’s time to head to the easy chair and see if the Orioles can make it 11 wins in a row. I’ll leave you with a quote from the great Casey Stengel. “I broke in with four hits, and the writers promptly declared they had seen the new Ty Cobb. It took me only a few days to correct that impression.